A Constitution for Disability Rights

Despite tremendous efforts by disability rights groups all over the UK, many disabled people continue to live in isolation and debt, with diminishing welfare support. What can be done?

While no effort must be spared to defend disability rights and challenge austerity politics, we need to acknowledge that something has gone deeply wrong with how our democracy works; it is no longer responsive to the needs of ordinary people and has ceased to be genuinely representative of the spread of opinion across the country. As numerous reports based on lived experience by disabled people from all backgrounds amply illustrate, from the employment gap, to the impact of punitive benefit sanctions, further substantiated by research that highlights government policy to target disabled people, we suggest that systemic injustice across our democratic institutions is now a deeply embedded problem that affects people's lives in complex ways.

As the past eight years have shown, no amount of campaigning will win the rights, freedoms and security we deserve unless we fix our democracy. Here are eight reasons why disability rights campaigners must join the fight for real democracy, that only a written constitution can deliver:

1. We do not have one. We are one of the few modern states without a written constitution, which provides a solid protective framework for human rights and a strong welfare state. A former head of the civil service was asked by a student, “What is our constitution?” He replied, “It is something we make up as we go along”. The ‘we’ here is not, “We, the people” but elite vested interests whose values and lived experience are far removed from the people they claim to serve. Isn't it about time that “we the people”, decided for ourselves the rules by which we are governed?

2. What we have instead is unregulated democracy. A written constitution should direct the work of government. In Britain it is the other way round; the cornerstone of our unwritten constitution is parliamentary sovereignty which can be abused by an over powerful executive to make or unmake any law it pleases. As the think tank IPPR has pointed out, “a million British subjects can be deprived of their rights of abode by the same means as an alteration of the speed limit. Essential features of the constitution have no basis in law at all.” There is no special protection afforded to laws and rights of a constitutional nature that require super-majorities to approve amendments.

3. Social Rights must be part of a new written constitution. Social rights are human rights but go beyond the civic and political rights of free speech and the right to a fair trial with which we are familiar. They include disability rights and access to healthcare and housing. It is not good enough for our government to proclaim its support for the UN Convention on disability rights, ratify other international treaties on Social Rights and then fail to embed any of them into domestic law. The Convention on the Rights of Persons with Disabilities (2007) guarantees the social rights of persons with disabilities to education, the highest attainable standard of health, an adequate standard of living, social protection, and the right to live independently and be included in the community. Just how far we have fallen short of this standard is instanced in the damning UN report which described our government’s treatment of disabled people as "a human catastrophe."

4. The introduction of PIP was pushed through without parliamentary approval. The powers to make far reaching changes to human rights or welfare provision are available to government without democratic consent.This was evidenced recently by the introduction of Personal Independence Payments that replaced Disability Living Allowance, something that caused caused huge distress to disability claimants - amply documented by personal stories and articles. PIP was introduced using special ministerial powers called Statutory Instruments - no debate in Parliament was needed, nor was a vote required. The newly created Accountable Care Organisations in the NHS, fracking legislation, the removal of maintenance grants from approximately half a million students, were also achieved without needing parliamentary approval. The increasing use of Statutory Instruments by government ministers is removing power from Parliament and towards the Executive (government) leading to what some have called "elective dictatorship," a term coined by Lord Hailsham as far back as 1976.

6. We have a broken electoral system. Alongside the increased concentration of power at the top we have a broken electoral system. Seats do not match votes and millions of voters are deprived of representation. It took 28,000 votes to elect each SNP MP, but over half a million to elect one Green MP. An SNP vote was worth 19 Green votes. UKIP did not get a single seat despite winning nearly 600,000 votes. Furthermore, in fourteen of the last fifteen elections, a majority of voters voted for parties to the left of the Conservatives, yet the Conservatives have governed for most of this period.

7. There is nothing ‘local’ about local government. Local government is now a delivery arm of the centralised state. The aspiration for self-funded councils by 2020 pays little regard to how poorer areas with a small tax base will make ends meet. Councillors look to Westminster for direction and must go cap in hand for money that is ring-fenced and rarely compensates for the steep cuts to services that local people rely on. Local authorities' budgets are roughly 26% lower since 2010 (the 40% cut from central government has been offset by some revenue raising powers). Social care provision continues to be cut despite the £1bn to halt the deterioration in services. A written constitution must delimit the power of Parliament and place local government on an independent legal footing, fully funded, and with a final say over housing, planning, care provision, education and transport.

8. Brexit changes everything. It is a moment of both danger and opportunity. It has forced to the fore the widespread discontent and rancour that drove millions of the ‘left behind’ to vote Leave and gives added urgency to the need for a new democratic settlement. Yet the EU Withdrawal bill is moving in the opposite direction, proposing a massive expansion of ministerial powers to create and amend legislation without parliamentary approval. Triumphalist claims of regaining national sovereignty are being exposed as a cover for a narrow neoliberal agenda of de-regulation, lower food standards and rescinding of environmental protections. The removal of the EU Charter of Fundamental Rights, and the secretive Trade Bill being pushed through Parliament, provide a clear indication of the direction this government wants to move in.

To remedy systemic injustice and win back real democracy and on the basis of our arguments, we believe disability activists would achieve much for the disabled community by joining the cause for a written constitution, “for the people, by the people”. A constitution is required that directs the work of parliament and government and entrenches disability rights not as an afterthought, but as something built into the design of future legislation. A citizens’ convention is a form of deliberative democracy, assisted by expert advice, that would include the need to listen and reflect on oral and written evidence submitted by community and campaign groups. DPAC has a strong campaigning voice. It also has its own policy manifesto Reclaiming Our Futures which could be one of many documents and submissions that help to shape a future written constitution.

If your group or organisation wants to add its name to the growing campaign for constitutional reform please email Gavin Barker. 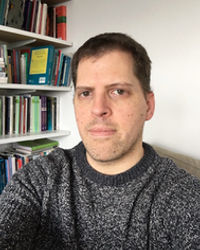 Elements of a New Constitution The Centre for Welfare Reform supports the movement for a written constitution, based on radical democratic reform,…
Article: 15.04.18 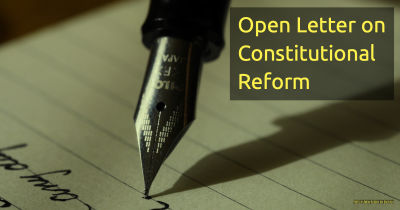 Open Letter on Constitutional Reform An Open Letter calling for a Citizen's Convention leading to a written constitution.
Article: 07.02.18 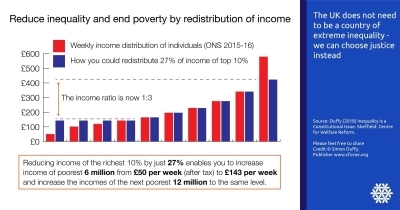 Inequality is a Constitutional Issue The reasons why the UK has become an increasingly unequal society and what we could do to reverse this trend.
Article: 10.07.17

Disability Rights and Democracy Matt Rothschild explains how the US electoral system is corrupted by the power of money and corporations that threaten…
Article: 10.11.17

Why the UK Needs a Written Constitution Gavin Barker on the issues of democratic accountability and the protections we should build into our welfare system.
Article: 08.07.13

Data on Social Care in England Simon Duffy pulls together some of the key data relevant to the Centre's submission to the Parliamentary Inquiry on…
Article: 22.09.13