Why I Wrote Second Class Citizens

I became a social scientist sort of by accident, or at least unintentionally. I had been studying for a PhD in biology but I became ill and had to take a break. As I didn’t have any PhD money coming in whilst I was on a break I looked at the benefits system to see what unemployment support I could get. I couldn’t get any, because I was registered as a full-time student. But I wasn’t getting any student money because I was on a break!

The group became known as the Spartacus Network. We were all ill and needed the social security system. Some of us started to look at the sickness benefit system, Employment and Support Allowance (ESA), and the problems with its assessment system and the lack of any type of appropriate employment support. We produced a report, Beyond the Barriers, detailing the problems and more of the government’s lies. The work with the Spartacus Network was all unpaid and even at our own cost when we travelled to meet with MPs. But in 2015, I was commissioned by the Catholic think-tank Ekklesia to look at designing an alternative to ESA. That work was finished in 2017, and in 2018 I joined one of my Spartacus colleagues in the Chronic Illness Inclusion Project. We are looking at the shared features of chronic illness, such as interlinked physical fatigue, cognitive fatigue and pain alongside other illness symptoms.

I wanted to understand more right-wing perspectives on welfare so I read some reports by think-tanks like Reform and the Centre for Social Justice. When I started there was a little frisson of fear that perhaps the right would be correct and what we all needed was punitive benefit systems that failed to provide any sort of financial security or employment support (although, if the right were correct in their approach, there wouldn’t be any need to fear it because it would be working and people would be getting into decent jobs).

What I found, particularly the more right-wing the think-tank was, was that their claims simply didn’t hold up. A failure to read all of the available data and evidence meant that the evidence that was considered was misinterpreted and misapplied. For example, there is a correlation between poverty and negative events such as family breakdown, criminal activity, mental illness and low education. Knowing whether it is predominantly poverty that causes these factors, or that these factors cause poverty, is crucial to designing successful policy.

Take family stability. Most people think that family stability is important. For people on the right, it is particularly important as values such as loyalty and respect are major pillars of their moral framework in a way that isn’t the case for people on the left. The question is whether family breakdown causes poverty – and therefore a solution to poverty is to somehow make families more stable; or whether poverty causes family breakdown – in which case poverty needs to be addressed directly if we are to support stable families.

The assumption in the right-wing reports that I read was that all these negative factors associated with poverty are the cause of poverty. Therefore, addressing poverty by giving people money wouldn’t work: the poor would spend it on bad things (drugs; status symbols); and they wouldn’t leave their negative patterns of behaviours that had led to family breakdown, criminality, failure to engage in education and so on. In such a situation, it would arguably be moral to remove people’s reliance on the benefits system, in order to create the necessary incentive for people to change their behaviour. And it must be a pretty strong incentive, seeing as the assumption here is that people who weren’t and didn’t need to be in poverty still freely chose behaviours that drove them into poverty.

Following this argument, people can genuinely care about poverty and families, yet advocate the harsh and unsupportive benefit system that we currently have.

The problem is that the right have got the direction of causality wrong. And consequently their policy is disastrously wrong. When poverty is primarily structural – the failure of the government to guarantee full employment and affordable housing, amongst other things – then a policy approach based on changing people’s behaviours by pushing them further into poverty is so wrong, I can’t find the words for it right now.

This is why I wrote Second Class Citizens. I have a number of right-wing Christian friends who I know, from talking to them, genuinely care about issues of poverty and injustice. They don’t want people to suffer. But because they misunderstand the causes of poverty, the policies and political parties they favour are ones which not only don’t work but actively make things much worse. And then insult is added to that injury by blaming, stigmatising and demonising the people in poverty for what is actually the fault of the people who enact – and indirectly, of the people who vote for – such harmful policies.

So I wrote Second Class Citizens for these friends. I know they would care about what is going on if they knew about it. And I know that at some point, someone has to tell them.

Whether you read Second Class Citizens for yourself; read it to give you the words to share with your right-wing friends or give it to someone else to read – please, help share this message.

Share the stories, the evidence and the narrative that poverty is not personal, it’s political, and it certainly isn’t necessary.

You can read reviews of Second Class Citizens and order your copy here. 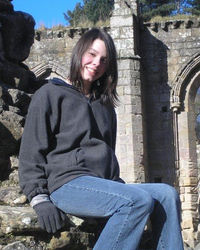 Replacing Employment and Support Allowance (ESA) This research by Stef Benstead and Emma Nock, published by Ekklesia, looks at the support needs of people with chronic…
Paper: 28.07.15

Spartacus Response to Cuts in ESA The Spartacus Network show how Government policies are unfair, unreasonable and in conflict with International…
Paper: 08.04.14

Beyond the Barriers A Spartacus Network report into Employment Support Allowance, the Work Programme and recommendations for a new…
Paper: 28.05.19 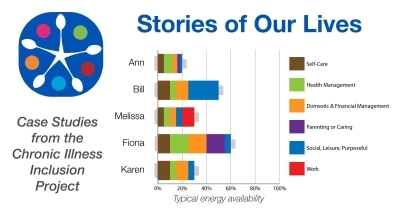 Stories of Our Lives Catherine Hale has edited five stories describing the reality of living with and managing a life with severe energy…
Article: 02.06.18 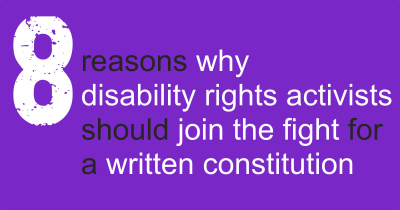 A Constitution for Disability Rights Claudia Gilberg, Geoff Jones and Gavin Barker explain why disability rights activists have every reason to support…
Paper: 27.04.20 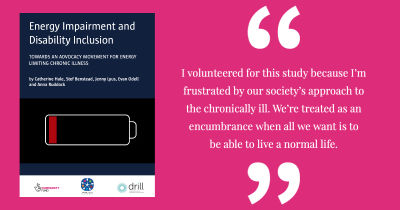