In 2007 the BBC covered the fact that the DWP were getting advice on disability benefits from a US insurance company - Unum. Both the BBC News video and the published transcript of the 2007 report mysteriously disappeared from the BBC News archives once researchers began referencing it in 2010. Fortunately Mo Stewart had downloaded the transcript for safe keeping.

Ask yourself why this BBC News report and transcript were suddenly removed from BBC News archives and on whose authority?

The same American company mentioned in the 2007 BBC News report has provided evidence for the Work and Pensions Select Committee and funded, along with the DWP, the academic research which has been used to support the UK Government's distorted notion of 'welfare reform'. Clearly an organisation whose business is selling (if not always honouring) private health and disability insurance has a strong incentive to undermine a  publicly funded system of social security and its interests are clearly served by the on-going attack on disability rights which is inherent in:

Read and download the transcript (pdf) in your browser, link below. 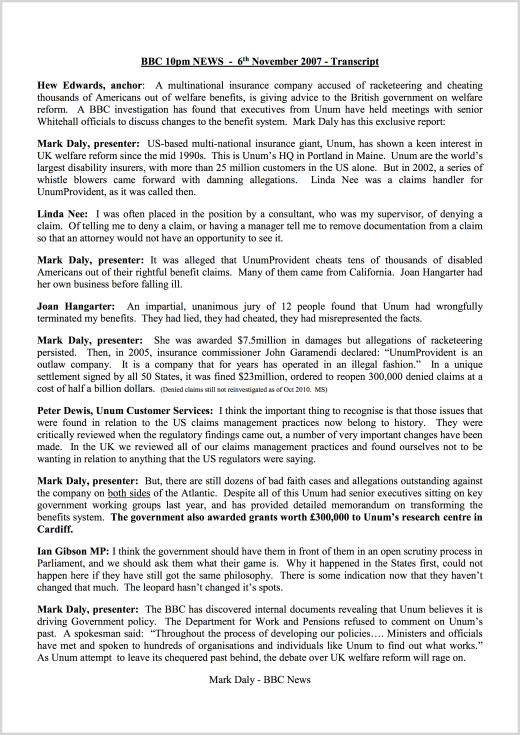 The film ‘The broken benefit system is not fit for purpose’ is available to watch on Mo Stewart's own website here. 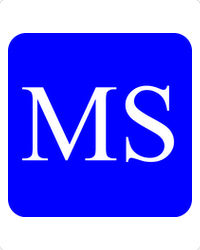 State Crime by Proxy In this paper Mo Stewart continues her research into the links between the DWP, Atos Healthcare & Unum Insurance.
Article: 28.05.13

From the British Welfare State to Just Another American State Mo Stewart argues that the current reforms of the welfare state were inspired by bogus research and the vested…
Paper: 02.08.16

Replacing Employment and Support Allowance (ESA) This research by Stef Benstead and Emma Nock, published by Ekklesia, looks at the support needs of people with chronic…
Article: 20.10.13

How To Reform The ESA System Simon Duffy argues that the current ESA system is deeply flawed and suggests an alternative based on a better…
Article: 22.09.13

Impact of PIP on Social Care This analysis was carried out on behalf of We Are Spartacus and estimates how the end of DLA will hit local government.
Paper: 24.02.14