With thanks to the author and Nova Science Publishers Inc for permission to publish this extract from the forthcoming book: Excelling in Life with Down Syndrome, Chapter: Self-Directed Support for People with Learning Disabilities/Down Syndrome.

James was born in 1978 with Downs’ syndrome and unfortunately was not diagnosed at birth. He did not thrive as one might wish and this soon became obvious to the medical team at our local Health Centre. It was usual at that time that many children with a disability were still being put into residential care and this was suggested by the paediatrician at the baby clinic. We were determined to support our son at home and were helped by a sympathetic health visitor and our well-respected GP. So with their help James was referred to a paediatrician at Birmingham Children's Hospital.

We needed to gain as much knowledge as we possibly could and discover any other medical condition that James might have. The hospital consultant was extremely supportive and admitted James for a full assessment during which a heart condition was also diagnosed. James had continued monitoring from the hospital and regularly attended the Heart Unit. As James’ health deteriorated it was decided that his heart operation could wait no longer so in 1986 when James was eight years old an operation was performed to close an atrial septal defect which was very successful.

As a family we moved home with work and it was at his new special needs school routine medical assessment we were advised that unfortunately James was showing signs of scoliosis of the spine. In 1993 it was necessary for more major surgery where Harrington Rods were inserted to arrest further curvature.

After completing school James attended college where additional life skills could be developed allowing James to ‘move on in life’ becoming more independent and confident. His social worker advised us that the best chance of achieving this was to encourage James to leave the family home and move to his very own home, and one he had chosen just like his brother.

James was very happy with his new home and lifestyle but this situation only lasted for a period of seven years as the service provider wanted eight of his residents to move to a new venture - a property that was funded using Supported Living. James moved in but this new living arrangement did not really meet his needs and was not at all suitable for him.

Fortunately a provider organisation called New Key had a rental property available in a newly converted building which was close to us, his parents, but not too close, in a small village with a public house and local shop. James was thrilled and waited patiently for the big move. James finally got the all clear to move in after all the necessary assessments had been completed in February 2012, albeit with the understanding that James would return to us every third weekend.

James has an Individual Service Fund (ISF), a form of self-directed support where an organisation holds the budget on his behalf, which now gives him much more freedom of choice in how his support is delivered. He knows that it is his choice how the support funds are used and has expanded the variety of activities he undertakes. These include Art, Computer skills and being a presenter on an activities centre radio station. He is keen to support ‘Animals In Distress’ and completed a bike ride, using a tricycle, and raised over £100 from his friends in sponsorship money.

Self-Directed Support has allowed James to control his support and make more choices. He is able to see his personal budget and how it is spent, with the benefit that the fund is looked after and managed by Newkey his provider. He is also aware that he can have a greater say in which support staff he needs for different activities. Another benefit is the option to have no support, for instance with James, when going to the nearby pub for a lemonade. Many people with a disability value their independence as far as is practicable.

With a traditionally rigid allocation of support hours both the staff and person being supported are often reluctant to vary the support due to the real fear of “use it or lose it”. James’ ISF allows him flexibility and he has been able to hand back to the Local Authority sums of money not spent whilst able to have his wishes acted upon.

When the need arises for a greater level of support this can be provided out of the un spent budget. This flexibility decreases anxiety and stress levels. The greater involvement by James in how his support is provided has made him proud of having an active role, rather than accepting what has been on offer previously and allowing greater freedom of choice which benefits James.

Freedom of choice should be available to all and not just for the able-bodied. James after all these years has got that freedom. His standard phrase now is “it's my choice” and as his parents we applaud.

We feel that we are an extremely lucky family to have been given this opportunity to use self-directed support and we strongly feel that this should be extended to all people - who will very soon see the benefits for themselves.

Find out more about New Key at: 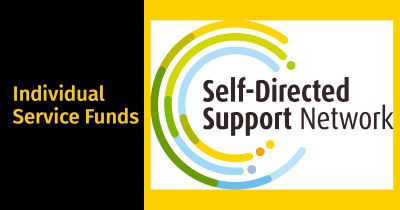 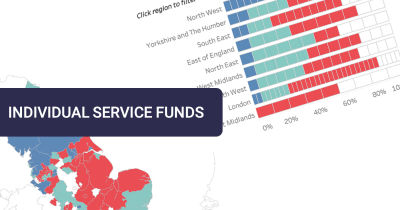 Carla Uses an ISF Jenny Date describes how her daughter Carla uses an Individual Service Fund (ISF) so that she can have flexible support…
Paper: 21.03.17