The personalisation policy and then the Care Act (2014) set out a path for the development of social care in England. These same ideas have, in principle, also been adopted by health, education and children services.

However, there are two major problems:

This is despite the fact that the legislation is very supportive:

However there are the first signs of a critical break through. Chris Watson, a commissioner from Dorset, is leading some of the most ground-breaking developments on ISFs. There they have begun a radical redesign of the whole operating system for commissioning in Dorset.

Chris described how in the past commissioners:

This system never worked very well, and it is now under critical strain:

Chris described how the Care Act 2014 was very helpful in re-orientating thinking towards an outcomes-focused approach. It led to a new kind of language and thinking.

Dorset has worked to engage with a range or organisations as part of a new quality framework which focused on core values and their ability to listen to and respect people and families (using a simple Gold, Silver, Bronze rating system).

Some of the key areas of change have been:

The contractual changes were actually relatively simple - in the main this involved adding in some clauses that described how providers can flex their support as long as it is linked to an identified outcome and is in line with what the person or their circle of support wishes (and some clauses about audit and records). Both procurement and the in house legal teams were content with how the ISF model works - they understand that the local authority would define the personal budget (in line with the Care Act duty) and the person then chooses to deploy it via either a direct payment or an ISF (from the register of ISF providers or the commissioned framework). Provided there is a simple audit trail of how the decision around choice of provider was arrived at and it is clear within this that the person and their family or circle of support were in charge then is not a commissioned service and therefore procurement legislation doesn't not apply.

Gold tier performers are organisations who recognise that when a budget is not needed it should be returned back to the local authority or CCG for others to use. The ISF payment system created in Dorset works via exactly the same business process as is used for direct payments (with slightly different monitoring arrangements), which made setting it up much more straightforward and helped with colleagues understanding of the principle. Payments to the ISF holder are automated and use the same finance system as direct payments.

Dorset operate an ISF register which is fairly open for support providers and other types of organisations such as brokers to get on. There are currently 11 providers on the list (more applications are received each month) and a Quality Assurance panel that includes people and families is used to review applications to join. Dorset put this on their online systems. Some ISF providers are direct providers of support, others work as holding accounts plus brokerage. Providers are now getting on board, revising their internal structures to meet the accounting requirements of the system. It seems to be also very helpful in getting services to deregister from residential care. ISFs help people see that contract security comes from doing a good job for the customer and takes away their worry about LA tendering and procurement. This process is also making service providers think about how to be creative - for real.

Dorset's ISF paperwork is available for download here and you can also see their contracting framework.

Today there are real case studies showing improved quality of life for people and families and of funding being reduced or returned by service providers: One provider recently offered to return £7,500 to the commissioning CCG from a jointly funded personal budget. Dorset are seeing people’s lives improving and less support being required at the same time as result of flexible support. 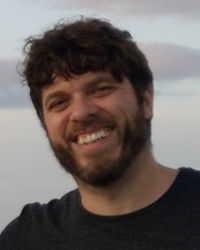 Getting Behind Individual Service Funds (ISFs) Simon Duffy explores the reasons why ISFs are a helpful tool for achieving citizenship for people with learning…
Article: 21.03.17 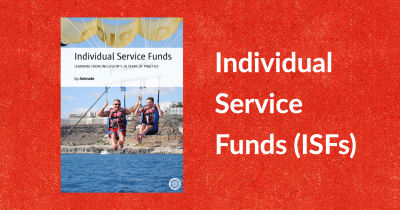 ISFs are a Simple Innovation Simon Duffy explains what an Individual Service Fund is, why it it is useful and what a simple innovation it is.