The Search for Suitable Housing

The Government’s personalisation agenda offers people with a learning disability greater choice and control over their lives, which include more opportunities for community-based living but Jane Gregory had to overcome many barriers to achieving this for her daughter Chrissy.

Chrissy, who is 31, has moderate-severe learning disabilities, autism and complex needs caused by a rare chromosome disorder. For most of her adult life, she had been expected to fit in with the group home services that were available. In January 2010, she was admitted into an inpatient unit due to an escalation in her challenging behaviours, which can be extreme and unpredictable. Four years later, when she was ready for discharge, it was agreed that she needed a ‘bespoke’ supported living package in the community… but whose community?

Chrissy’s local community proved too expensive to be viable for the home ownership schemes that were left after Government cuts in benefits, grants and services, which Simon Duffy suggests cost people with severe disabilities 19 times dearer than most other citizens (Duffy, 2013). Government cuts have further reduced the already limited housing options of people with intellectual disabilities.

Moreover, the Primary Care Trust (now a clinical commissioning group) which was funding Chrissy’s care ‘without prejudice’ while she was an inpatient, suggested that she needed to move into an unfamiliar urban community, because housing is cheaper than in the small rural community where her family live. There, the close bonds she has with her family and community links formed by regular visits to her parents’ home could have been built on to improve her quality of life; they would also be on hand to provide back-up in emergencies. We feared that Chrissy would struggle to form community relationships in an unfamiliar area, even with the best of carers.

The PCT raised cost as a potential barrier with every local housing option we suggested. A further barrier was a five-year funding dispute over Chrissy’s eligibility for continuing healthcare, which delayed discharge planning. The PCT reasoned that, if it turned out not to be the responsible commissioner, it was potentially open to a challenge that it had fettered the relevant responsible commissioner’s discretion by agreeing to a placement that was outside that body’s policies and/or resources.

While the main barrier is cost, Chrissy’s experiences demonstrate that the infrastructure isn’t there to enable people like her to move into successful community placements. The various housing options are incredibly complicated and family carers have to become experts as they’re left to do most of the research. We looked at raising the funds to buy Chrissy a house ourselves and renting it out to her but new, confusing rule changes preclude renting to relatives. We also looked into shared ownership schemes but there weren’t any in our area.

Nor does Housing Benefit cover the cost of rents in Chrissy’s local area and the Housing Benefit caps made renting through Registered Social Landlords unaffordable. Chrissy’s claim should have been ‘exempt’ or excluded from the ordinary rules that cap Housing Benefit but this is discretionary and it isn’t made clear whether someone is eligible for an exemption until they apply for the benefit – which is only possible once they’ve secured a property. Mencap suggested that the PCT should underwrite the risks because they are responsible for the whole care package, but the PCT wouldn’t agree to this. Instead they offered one of their own two-bedroomed properties, which Chrissy would have to share with another vulnerable adult. In the past, Chrissy’s behavioural challenges have had a huge impact on others she has lived with, and resulted in traumatic placement breakdowns. Chrissy’s verbal abilities are limited and she frequently expresses herself in severe challenging behaviours; she may disrobe, self-injure, thrash about violently and scream for long periods.

The need for Chrissy to live on her own was supported by a person-centred plan (PCP) that an independent advocacy service helped her and her family to develop. In all its rich, pictorial and anecdotal detail it gave Chrissy a ‘voice.’ The PCP informed decisions to be made in Chrissy’s best interests that, due to the inter-related complexities of her mental and physical health, she needed to live on her own.

Social housing via the local council was Chrissy’s last hope. We registered Chrissy on the waiting list but she wasn’t considered to have a priority housing need, unlike most people who are leaving hospital and need housing. A housing officer said Chrissy was “hardly going to end up on the streets”.

I spearheaded a campaign, lobbying MPs and contacting learning disability charities, to highlight Chrissy’s need for accessible housing to allow her discharge from hospital. In 2010 Raising our sights (Department of Health) Mansell states that only by the efforts of their pioneering families, who had to overcome discrimination, prejudice, and low expectation, did we start to hear about how people with more complex and severe disabilities manage to make the most of the opportunities presented by the government’s personalisation agenda.

The breakthrough came when a local MP I had contacted highlighted Chrissy’s case to someone at a high level in the housing department. Chrissy’s housing category was re-assessed to top priority banding because she required urgent hospital discharge as the accommodation in the assessment and treatment unit had become unsuitable for her needs. (The unit has since been permanently closed down after the Care Quality Commission reported multiple, serious safeguarding concerns).

I checked the social housing list every week and in November 2013, a two-bedroomed bungalow in a location near Chrissy’s family came up. My bid, on Chrissy’s behalf, was successful.

Thanks to the campaigning efforts of Chrissy’s family, stakeholders finally shelved their funding differences long enough to act in Chrissy’s best interests to plan her discharge.

I was invited to take part in the tendering process to appoint a domiciliary care agency and the selection of care-workers who would support Chrissy. In March 2014, Chrissy moved into her new bungalow, where she now lives alone with full-time support.

Moving into her own home has allowed Chrissy more autonomy and self-determination. Moreover, she receives important benefits from living alone in that, for the first time in her life, her support is completely personalised. She can have all her own things around her and any autism-related needs can be met, i.e., the need for her own space. Crucially, given her history of residential placement breakdowns, she has the long-term security of her own tenancy. I have peace of mind because there is no reason why she shouldn’t be there for life now.

It hasn’t all been smooth-sailing. Probably as a reaction to another upheaval in her life, Chrissy destroyed many of her new furniture and belongings soon after she moved in and they had to be replaced. However, the destructive behaviours gradually reduced as she got used to her new environment.

Our struggles to empower Chrissy to lead as settled a life as possible have been worthwhile. She now receives pro-active, personalised, collaborative and strength-based approaches that fit with her needs. When she is feeling well and gets the right care and support, Chrissy can be a delight – funny, joyful and loving, with a great sense of the ridiculous.

The Government is very clear that people with a learning disability should be supported to live in their own communities; it is difficult to understand why there were so many barriers in place and Chrissy’s family had to do so much fighting to overcome them. Mencap and the Challenging Behaviour Foundation included Chrissy’s story in their Out of Sight report (Mencap, 2012).

Mencap & The Challenging Behaviour Foundation (2012) Out of Sight. Mencap, London. Retrieved from http://www.mencap.org.uk/outofsight 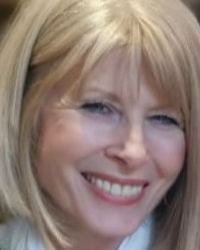 Keys to Citizenship A guide to getting good support for people with learning disabilities.
Paper: 01.10.11

Hands Off It's My Home Toolkit A toolkit for auditing support to people with learning disabilities and developing an outcomes-based action plan for…
Story: 18.10.11

There is An Alternative A report from the Association for Supported Living (ASL) demonstrating how effective community-based support is for…
Article: 20.08.14