I recently attended a conference in Denmark convened by friends who, in my opinion, are leading proponents of skilled, reflective, well-observed, and humanely valuing support to people who, for understandable reasons, are usually defined by their distressing and/or threatening behaviours.

One of the star turns at the event was a charming and urbane antipodean who was accorded a slot of 90 minutes to proudly and none too modestly describe his role in what, as it unfolded, seemed to me a thoroughly misconceived extension of a State’s annexation of roles and responsibilities that would be better exercised by families who would, if it was widely accepted that they have the primary responsibility for the well-being and safety of their loved-one, make the difference that the machinery of regulation repeatedly appears to miss.

In writing this I am in no way deprecating the messenger who was, quite legitimately, crowing about his personal achievements and, I stress, the potential for more effective statutory interventions. He functions within a professional, political and bureaucratic hegemony that takes seriously its responsibility for fixing, as ‘it’ sees it, an incompetent and sometimes wicked world. He is, as I see it, a spoke in a wheel that is constrained by its limited design. It can only travel in a linear way. Like Dyson’s vacuum cleaner, when it comes to revisualising social care regulation we need machinery with the fluidity of ball or globe motion. 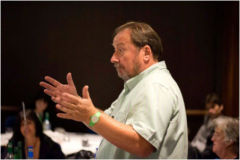 When the time came for questions I could not resist, as I put it at the time, being “naughty”. Our speaker, though I must confess that I could not grasp the connection (other than a probably unjustifiable suspicion that implicit to every apparatchik’s socialisation lies a compulsion to extend his or her control and influence), had promulgated a notion that what I had heard as an ‘experts and the State know what’s best for everyone’ construct might merge into a mechanism through which ‘public health’ is mediated. So I spelt out the following scenario.

Public Health, as I presented it, is significantly concerned with educating, supporting and encouraging citizens to make health enhancing lifestyle choices. I pointed out that, where psychological and behavioural health is concerned, there is a wealth of evidence-based advice on which public health campaigns might be founded. I proposed that consistent public policy would recognise ensuring loving and caring relationships, family, friends, belonging and the social capital that derives from these as a valid priority for everyone.

I started by say that shedloads of research and human empathy inform us that the building blocks of feeling safe and secure are:

Then I proposed that if we had to apply a public health model in accordance with securing the safety and security of people deemed “vulnerable” we would have to set out by acknowledging that services, governments, professionals and institutions don’t enjoy a great track record in securing these outcomes. We would have to recognise that families and friendship networks are the most successful deliverers of these outcomes.

Therefore, given that Public Health initiatives are primarily concerned with encouraging citizens to adopt life affirming behaviours, it would be logical and truly professional:

I’m sure that our speaker was as nonplussed as he appeared. To his credit he neither mocked nor expressed sadness over my deviance but it was clear that, within the bounds of his very concrete grasp upon reality, I had commended making soup with stones.

Cormac Russell tells this story which, I’d hazard, is traditional:

A refugee in a hot and dusty country is dependent upon the hospitality of communities he passes through as he seeks his dispersed family, a new place to settle down and some means of earning a living. He arrives this day in a village that has been ravaged by drought. The hospitality for which the people of the area are celebrated has been replaced by closed doors, threatened and threatening looks, and the revival of ancient vendettas. There will be no sustenance to be had here this day. The traveller collects wood and grasses and builds a fire. From his pack he produces a pot, adds water from the well, and sets the pot upon the fire. In just a few minutes he has a curious audience who gawp in astonishment when he searches around and returns with three large smooth pebbles and drops them carefully into the boiling water. “What are you cooking”, they ask. “Beautiful stone soup”, our traveller replies. “But you can’t make soup with stones”, they exclaim. “Little do you know”, he teases, “but you need not take my word for it. There will be plenty for us all. It would be all the better for a little salt but I have none.” A woman disappeared and in a jiffy returned with a pinch of salt and the traveller thanked her with a hug. “It’s a shame I’ve had to make this without onions”, he murmured, “but it will still be very nourishing”. Someone else hustled away and in a moment returned with onions that people skinned, sliced and added to the pot. By now there was a lot of to-ing and fro-ing as it seemed that everyone felt the urge to add their small contribution to the pot. Root vegetables, dried pulses, fresh leaves, herbs and spices, potatoes, and even a little dried meat were stirred into the brew and, less than an hour later, the people of the village ate and celebrated together, and agreed that stone soup was indeed as beautiful as the traveller had promised.

It seems to me that the State, by erroneously asserting its competence to keep citizens safe (and especially those made most vulnerable by its incompetence), actively gets in the way of the competent, that is those who are bound by the ties that bind, from asserting and acting forcefully on their primary responsibility to assure the best interests of their loved ones. In my view every healthy and sustainable society is underpinned by the expectation that we all have a part to play as loving advocates and caring contributors who add value to each others’ lives. The aping of consumer culture by public services has seriously undermined this ethic as the glue that secures interdependence has been degraded by so many other antisocial solvents.

In my model the State has a raft of vital supplementary, complementary and supportive roles – the first being to ensure that those people made vulnerable by exclusion, lovelessness, and loneliness have these most fundamental issues remedied.

In my unfolding regulatory framework the logistical challenge is to deliver a sustainable, credible and comprehendible system that screams out that supported people and those they look to for natural advocacy constitute the power, the ‘parliament’ of the system, with the machinery of State as their servant. Families and friends will be clear that they not only enjoy the right but also the responsibility to participate in the monitoring and evaluation of the services used by their loved ones. The State’s responsibility will be to organise and support the exercising of these responsibilities and to act as enforcer when asked to by local citizen panels that believe that more than negotiated agreements are required. Officers will undertake investigations, performance improvement activities, and the prosecution/ decommissioning of services in support of caring advocates – with clear accountability to panels of engaged carers. They will also participate in and commission “Catching People Getting It Right” evaluation and enhancement teams of proven and experienced carers and practitioners that will support providers who are committed to improvement.

I have no compunction in highlighting public institutions’ astounding competence when it comes to complicating, compromising, bureaucratizing, redefining and eventually scuppering progressive and democratizing initiatives. Institutions accrue power like a Prader Willy compulsive and suffer terribly when constrained to desist. If the fundamental objectives of such a policy change are to be realised, an almost unprecedented emphasis on principled political, strategic, principled, and tenacious leadership will be required and, crucially, a determination to achieve these ends iteratively will be essential. Moves to cross all the t’s must be determinedly resisted. Relationships and reciprocity are the language of community, of citizens. Institutions will need to shelve their contractual language if they are to be able to communicate with and truly serve their citizens.

The significant optimism that I attach to the practicality of my proposals derives in part from the housing world. Leasehold Residents Associations in association with principled and ambitious site services agencies are daily demonstrating how communicating and reciprocating residents and tenants can both improve their own lives and those of communities around them. A simple conversation leading to a decision to employ a resident caretaker in place of disconnected external contractors has massively improved the physical environment and the sociability in our West Wales development, and our relationship with our service organisation.

I haven’t mentioned what drove me to record these thoughts. Our expert speaker told us that he was travelling on to meet with the Department of Health in the UK. Experience tells us that our institutions are often magnetically attracted to exotic ideas in equal measure to their resistance to many locally evolved proposals. I don’t subscribe to the view that this has anything to do with the attractions of exploratory jaunts. 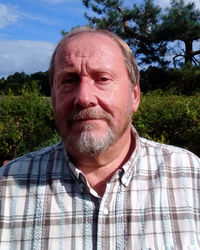 Much More to Life than Services Bob Rhodes offers a vision for personalisation in social care that goes beyond the use of social care services and…
Article: 29.08.12

Life Is Not a Commodity Bob Rhodes reflects on the difficulties of helping people move beyond a commodified notion of the role of public…
Article: 03.09.12

Can You Buy Care? Bob Rhodes of Lives Through Friends explores the absurdity of assuming care can be purchased in a market place. He…
Article: 25.09.12

What Goes Around... Bob Rhodes reflects on the ups and downs of building a fairer society amidst the craziness of the current system.