If you would like to add your name to the following letter please contact Gavin Barker by email here.

Firstly, we would like to take this opportunity to applaud the good work that you do on so many fronts, from global education and health to addressing child poverty at home.

Our purpose in writing to you is with regard to your role as chair of the Labour constitutional commission launched by Keir Starmer in December 2020.

Our understanding is that you have brought together Welsh and Scottish Labour leaders and English mayors from across the country to demand a “new constitutional offer” and a “new deal for a better Britain”. This is according to an article in Labour List 21 December 2020. However, since then, we can find no further reference to what progress the commission has made.

We would much appreciate an answer to two questions:

Firstly, when will the commission publish its report?

Secondly, has the commission undertaken any public consultation to explore what kind of devolution settlement ordinary citizens would like to see? If not - and provided time permits - can the commission adjust its proceedings to include such a consultation?

We ask this question particularly with regard to Cornwall and English regions given that devolution is more rooted in Cornwall and the North. We are keen for Labour to avoid the mistakes of past governments by imposing a top-down devolution settlement without consulting or engaging civil society. To win any credibility, real devolution has to be a democratic process that is open, transparent, and actively involves local people and communities.

To this end, we urge you to consider using citizens’ assemblies and other forms of deliberative democracy to kickstart a national conversation about what kind of democratic settlement people would like to see.

We look forward to hearing from you in due course.

Stewart Arnold, member of the campaign for a Yorkshire Parliament network

Real Localism Argument for a profound shift in control towards local communities and the outline of a new strategy for local…
Article: 19.12.18 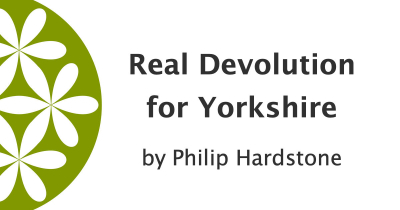 Real Devolution for Yorkshire The Campaign for a Yorkshire Parliament is about the kind of Yorkshire we want for present and future generations.
Article: 28.09.20 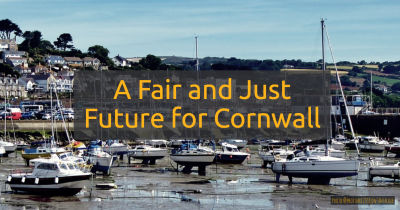 A Fair and Just Future for Cornwall The Cornwall Independent Poverty Forum's report outlining its vision for achieving social justice in Cornwall.
Map: 04.04.22 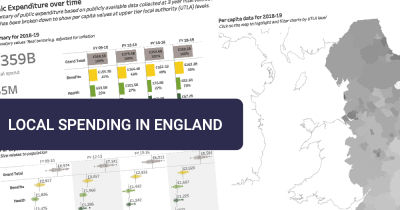 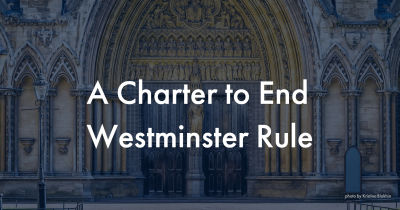 Charter to End Westminster Rule A working Charter for democratic reform which aims to offer 10 radical and necessary changes to UK democracy.