A Fair and Just Future for Cornwall

Only if Yorkshire, Manchester or Birmingham has one too!

The pandemic is a turning point. The decisions taken now will frame the direction we go in. Local people and communities must have a say in a new settlement between people and government.

A recent Compass report included a lead article by an influential thinker setting out his vision of the future as we emerged from Lockdown. It was good, even inspiring but at the same time left me feeling dissatisfied. It was simply one person’s vision after all. I had no idea where he lived and his vision struck me as somehow disembodied and unconnected to any sense of place or community. “But what about others? What is their vision? What would his next-door neighbour say?” I kept asking myself “What about people in Cornwall where I live?”

The response to these questions is a first stab at widening the conversation. The report A Fair & Just Future for Cornwall brings together 21 key local stakeholders drawn from business, faith and the voluntary sector, all of whom articulate their own particular vision of a better future for Cornwall as we emerge from lockdown. There is no attempt to find a common agenda here but ‘a fair and just future’ serves as a loose, guiding theme that threats its way through the very different and varied perspectives expressed by the authors. 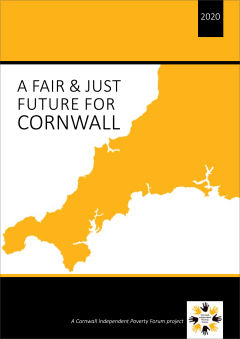 We are at a turning point. The decisions we take now will frame the direction we go in. The purpose of this report is to ensure that as we emerge from lockdown, Cornwall has a voice over its own future. It has been sent with a covering letter to all 6 Cornwall MPs, all group leaders of the 120 elected councillors urging them to listen to the diverse range of voices before taking important decisions.

It's worth pointing out that this project was launched within seven weeks of conception – from the moment I mulled over these questions to the actual publication. The heavy lifting was done by the authors themselves in terms of editing, sharing and revising their article before sending it to me. This makes it a relatively easy campaign model to adopt when the work is distributed among a range of organisations, since co-ordination is easy and the time and resources are minimal.

It is very easy for reports such as these to be ‘parked’. They make a brief media splash, our leaders and elected representatives nod their heads in agreement, make some positive remarks and then everyone moves on. We do not want to let this happen. Firstly, we are asking for a considered response from our MPs as well as council leaders and in 3 months time all contributors will meet together with the Bishop of Truro (who also contributed an article) to compare notes and to share any responses we have had from MPs. We will issue a second press release outlining the results of that meeting along with any next steps.

Secondly, we want to trigger a much wider conversation. The report has been sent to 30 town and parish councils, inviting them to use the report as the basis for their own discussions about the future of the town and parish they live in. While we are not hopeful of getting many replies, we still feel it is worth the effort.

Thirdly, in a year’s time we will reconvene again and ask the question “What has changed?”. We will use the report as a baseline by which to chart the direction we take and the progress we make, and we will issue a second report. This turns the report into a rolling campaign, not simply something that gathers dust on someone’s shelf.

Finally, I want to come back to the title of this article. The main flaw in a localist approach is that any region or locality cannot isolate itself from a wider national context nor insist on special dispensation that ignores similar needs and aspirations expressed elsewhere. To put it bluntly we cannot ask for Cornwall what we are not willing to ask for other regions who are no less alienated and angry at being tied to a Westminster agenda that is blind to local context. A Cornish exceptionalism or a Yorkshire exceptionalism simply plays to the divisive, polarised and competitive politics that permits a ruling elite to continue in power.

We have to come together around a unifying agenda for change, but how? My hope is that this approach will be adopted and adapted by different regions and localities to voice their own vision of the future – that we trigger widespread conversations across multiple localities rooted in local neighbourhoods not just regions; one that that builds a sense of connection and collective identity, that bridges disagreements in preference to a common agenda to ‘take back control’.

With that in mind I’ve set out some suggestions – including what I wished I had done as well as what others might do.

An election manifesto (but non-party political)

There is enough common ground within the different and varied contributions in Cornwall’s version to explore what they have in common as well as what the chief differences are. This is about developing a deliberately political agenda, a set of demands or Cornwall Charter, based on the different contributions contained in the report.

This is more ambitious and tricky – and not one an approach that the lead organisation (Cornwall Poverty Forum) was willing to entertain. In the end we had to cut and run and get this report out as soon as possible

What about Climate change?

There were only two articles that referred to climate change – pretty surprising given that Climate Change is the biggest threat we face. Both Covid-19 and Global Warming emerge out of our dis-ordered relationship with nature. Therefore, any agenda that seeks to revert back to an ‘old normal’ simply puts us back on the same self-destructive path oblivion. Whereas covid-19 has been awful in terms of loss of life and livelihoods, it is merely a shot across the bows when it comes to the terrifying impact of Global Warming.

So, my suggestion is that any future repeat of this exercise must include climate change. For example, I wish I had suggested ‘A Fair, Just and Sustainable Future for Cornwall’ or something beginning with ‘In the light of Climate Change….

The title is borrowed from an initiative I helped set up while working at Southampton City Council. It never really took off because it was largely a map-based tool that simply added in the location of different community groups and then publicly shared it – nothing more. It never involved those communities in this initiative.

But what if we had invited these same communities to tell their story – the neighbourhood they lived in, the challenges they faced, and their hopes for the future? What if we had involved schools, different faith and ethnic communities, residents’ associations, using oral history techniques, text, image and video? The result would have been a far richer experience that could have brought together neighbourhoods and communities that often regarded each other with suspicion.

Much of the content in the report is highlighting certain challenges and setting out a personal vision. Some of the authors set out a personal vision, others a hard edged policy agenda which is also critical of present government policy. But what if we mixed the contributions by including new imaginative proposals such as UBI? Two of the contributors in the report mention this but lacked the confidence or time to really set out an argument with evidence to back this. What if a future report included policy experts from Centre for Welfare Reform who responded to the original Cornwall report with possible solutions of their own?

This is another imagined scenario: a town council allocates £500 to promoting a ‘community conversation’ with the help of a local school. Three neighbourhoods are identified, each from different parts of the town, to tell their story through words, picture and video and to articulate what town they want to live in, in ten years time. The result is a text and photographic exhibition that brings together people who have never previously met as well as local town councillors. A further outcome is the emergence of a common vision which is distilled into a set of guiding principles and values – a Town Charter that elected councillors from all parties are asked to sign up to. The local MP is also invited to respond.

Again imagined: Yorkshire and Cornwall have each conducted wide ranging local conversations involving towns, neighbourhoods and city regions in a visioning exercise along the lines of the above. It has triggered a mass localism that has now spread to other areas. The new localism is outward as well as inward looking, interested in making links with other towns, regions and communities, and is geared towards one single demand: Take Back Control from Westminster. MPs are confronted by voters with a ‘Devolution Charter’ and asked to sign it or lose their vote. A growing number of ‘independent MPs’ – Independent Labour, Independent Conservative, are now breaking ranks with established parties, reaching out to each other and insisting that Parliament must now bring about a new settlement between people and government. A new constitution designed by a citizens convention and validated by referendum has now risen to the top of the agenda.

Is this so far fetched? Something big has to happen. The multiple challenges we face, of which climate change is by far the biggest, cannot be addressed by over-centralised government voted in on a broken electoral system and tied to narrow vested interests that care nothing for the wellbeing of people and planet.

Whether the above scenario happens is down to us. We can not only tell our own story but write our own history. But to do so, we have to find our own voice – in actions as well as words. The Cornwall report is a small step in that direction.

A Fair and Just Future for Cornwall? © Gavin Barker 2020.

The report: A Fair and Just Future for Cornwall is published by Cornwall Independent Poverty Forum. 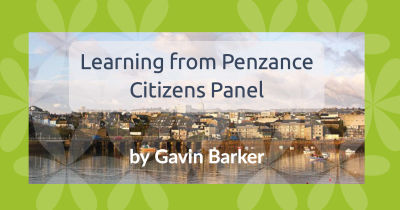 Why the UK Needs a Written Constitution Gavin Barker addresses the issues of democratic accountability and the protections that need building into our…
Article: 30.07.19 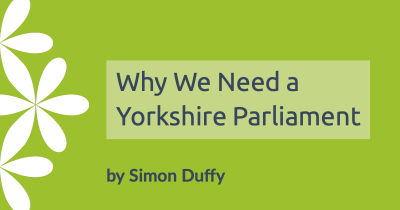