Localism: As If People Mattered

However they define it, localism wasn’t invented by the current government. Before the 2010 election, localism embraced an ‘extended family’ of philosophies. Largely utopian, they advocated a retreat from globalism, environmental stewardship, equality and participative democracy. E F Schumacher’s Small is Beautiful: A Study of Economics as if People Mattered, which talked of ‘smallness within bigness’ is perhaps their most iconic expression. The EU doctrine of subsidiarity and New Labour’s ‘double devolution’ initiative are examples of localism that have been applied in the UK with varying degrees of success.

But localism goes against the grain of Britain’s ruling culture. As Simon Duffy notes, ours is the most centralised welfare state in the world and is becoming more so. It’s not just Parliament, financial services, the media and large corporations that locate in central London. Policy itself has become a growth industry, with a cluster of think-tanks – many with political sponsors – based in the capital, and in constant dialogue with No.10.

Whether left or right-leaning, national policies are more likely to benefit people at the centre than people in at the grassroots, precisely because they’re conceived by people with a vested interest in keeping decisions local to Whitehall. Coupled with widening gaps in economic and social well-being between Britain’s strategic centre and localities, a host of inbuilt constitutional weaknesses mean that the latter cannot easily find their voice.

Since 2010, central government has been working energetically to ‘reform’ localism. It claims that the Localism Act, which gained Royal Assent in 2011, will ‘shift power from central government back into the hands of individuals, communities and councils’. But set in the context of the government’s wider agenda, as expressed in recent Queen’s Speeches and ministerial announcements, a different picture emerges.

Put simply, it’s a drive to remove barriers to their private backers’ profitability that governs the government: not localism. A quick scan of the 2010 Coalition Agreement shows that commitments to decentralisation and local democracy were last-minute inserts to sections on how best to outsource public services. Tellingly, the Localism Act was first introduced to Parliament as the Localism and Decentralisation Bill (the italics are mine). The basis of George Osborne’s Northern Powerhouse isn’t widespread grassroots engagement, but the top-down imposition of Metro-mayors. What the government calls localism, then, is more about local government and civil society being forced to carry the can operationally, while the private sector cherrypicks marketable public services and central government accumulates greater powers.

What does the new localism involve?

Essentially, it’s based around measures giving local bodies a ‘General Power of Competence’ (GPoC), allowing them to do whatever’s permissible for an individual to do in English law. On the face of it, the GPoC liberates local authorities, parish councils and the new neighbourhood forums from the dead hand of the state. But it also means that their services and assets are now free to be marketised, with all the implications for challenge, outsourcing and asset transfer.

Through regulation and enabling legislation, central government effectively controls what activities fall within the GPoC and how public bodies should exercise them. Strategic matters like energy, waste and transport infrastructure, all of them vital to the character of local communities, are policy areas where central government can now decide almost by decree. Under the Localism Act, councils are obliged to provide communities with information and support on certain neighbourhood planning issues, but not on key environmental ones, like the threat of fracking, or people’s right to understand and engage in local democratic processes. Council publications that aren’t perfectly aligned to the Communities Secretary’s ideological lodestone risk being stigmatised as ‘Town Hall Pravdas’ and shut down.

The true extent of local control over funding is, surely, a litmus test of the government’s commitment to localism. Rate-capping is technically a thing of the past, but Exchequer-imposed council tax freezes, and the Localism Act’s requirement for referenda on ‘excessive’ council tax rises are heavy weapons for central control. While local authorities are free to offer business tax relief and fund community activities, this must be met through top-slicing from their much-reduced budgets. Either they won’t have the money for this. Or they’ll employ divide-and-rule tactics, with damaging results. Or they may take the strategic commissioning route, by outsourcing core activities to lower-paid or voluntary providers, with all the implications for accountability and service quality.

Ultimately, GPoC-led localism means outsourcing blame to those who aren’t as well versed as the Coalition in deflecting blame from themselves. The resulting blame culture is as much bottom-up as top-down: front-line service providers get hit both ways. Inevitably, predatory oligopolies like Serco, Capita and G4S are only too willing to fill the service gap.

The Localism Act’s much-vaunted innovations, like neighbourhood plans and community rights, promise citizens far more than they can possibly deliver. They are a textbook example of postcode lottery governance. Rural parish councils can easily recast themselves as plan-making Neighbourhood Forums. But city dwellers, comprising the vast majority of England’s population and who experience the most pressing planning challenges, face barriers in creating such bodies from scratch. As recent events in the Stamford Hill area of Hackney illustrate, the capacity, motivations and representative nature of would-be forums may lead to divided, not cohesive, localities.

What appear to be lucrative community rights to acquire and manage local assets, build new homes or challenge councils for the running of key public services, are in practice bureaucratic nightmares, with the added threat of ‘Trojan Horse’ involvement by the oligopolies. As a leading legal commentator argues, they confer ‘the right to do very little at all’. Despite the blandishments of the government-sponsored My Community Rights website and available set-up funding, the level of uptake has been minimal: most local groups remain unaware that these rights exist. In any case, community rights and planning powers are effectively trumped by sweeteners enshrined in the Localism Act to break down local resistance to major, often disruptive, developments.

Shortly before losing power in 2010, Labour brought in the Community Infrastructure Levy (CIL) as a tax that councils could impose on developers in return for planning permission. They would earmark the revenue for new physical and social infrastructure. The Coalition quickly saw the CIL’s potential for manipulating the planning process to the development industry’s advantage. Under their new arrangements, 15% of a council’s CIL revenue must be handed to neighbourhoods that agree to accept new housing development, rising to 25% for areas with adopted neighbourhood plans. Nick Boles, the Tory minister who championed these measures, had no illusions when he said: “I want to call this Boles’ Bung”.

Many other sections in the Act reverse long-held notions that localism means sustainability, community empowerment, thinking global and acting local. They include ‘reforms’ to social housing rules that remove the cherished principle of tenancies for life. They also give the Mayor of London plenary powers that intensify the spiral of inequality within and beyond the capital and effectively tighten London’s stranglehold on the national economy.

But the government’s brand of localism needs far more than a single Act of Parliament to re-shape the social, economic and environmental landscape in their corporate backers’ favour.

David Cameron has trumpeted the democratic worth of elected Police and Crime Commissioners (PCCs). But as the 2012 PCC elections attracted derisory turnouts across England, his idea of local people’s democratic priorities and that of local people themselves are clearly poles apart.

England’s 39 Local Enterprise Partnerships (LEPs) exert a huge influence over local jobs and what gets built. They administer significant levels of UK government and EU funding for area-based regeneration and economic growth. Yet not one of them is elected. The sole criterion for LEP boards is that their chairs and a majority of members should come from the private sector. They have been co-opted from business and council chambers in the ‘time-honoured fashion’ – an approach that, from a sample trawl of LEP websites, also applies to public access to their meetings and consultation on their strategic activities.

Because LEPs are only tangentially representative of the areas they cover, it begs the question about who really runs local economies. Specifically, it raises the spectre of LEP members, under the cloak of commercial confidentiality, acting in ways that are geared more to maximising economic returns for offshore investors in their own businesses than social returns to the communities that these partnerships officially serve. While the accountability and impartiality of LEPs is crucially important everywhere, it is particularly so in areas like the North of England, whose economies are historically fragile, and where the effects of the so-called ‘recovery’ are less visible.

This whirlwind tour through the highways and byways of localism has hopefully shown that there’s plenty happening out there: new legislation, new opportunities, new ways of thinking and acting locally. But this is set within a national political culture where the net balance of social and economic benefits is highly polarised. The carrot of community rights is more than cancelled out by the stick of austerity-driven public sector cuts and draconian powers for breaking resistance to developments that enrich corporate investors but disrupt and impoverish local communities.

So why isn’t localism as hot a political topic as, for instance, the Bedroom Tax, Workfare, or indeed potholes? On one level, it’s because matters like the CIL don’t raise the boil of prurient sensationalism that routinely gets lanced within a tabloid’s five-day planning horizon. But on another, very few resources on localism – which, surely, is all about empowering everyday folk in their neighbourhoods – are designed in a format that its purported beneficiaries can readily access or use. Instead, they speak the language of politicians and their advisors, academics, technocrats and developers – and all too often, are secreted away in subscription-only journals and websites.

That’s why the National Coalition for Independent Action (NCIA) and Open Democracy launched Localism Watch in 2014: to wrench localism free from the clutches of central government and bring it back to the grassroots where it truly belongs. Since then, it’s been building up an online resource with clear, up-to-date, no-nonsense advice and information on localism - helping communities, wherever they are, to make sense of what’s going on and take charge of the places where they live.

Be part of it. 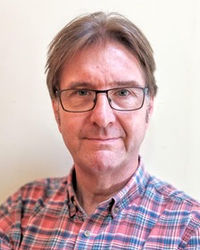 Real Localism Argument for a profound shift in control towards local communities and the outline of a new strategy for local…
Slide: 07.10.11 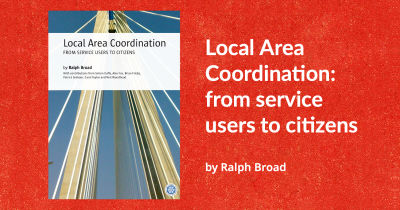 Civic Partnership David Towell examines how citizen groups and local authority leaderships can work together to create the civic…
Article: 10.09.13