Brian Fisher spoke at the It's Our Community event organised by the Centre, in partnership with the Socialist Health Association and Opus Independents. The event is part of the Centre's work to outline a detailed progressive vision for social care in Sheffield alongside disability leaders in the city.

Here Brian sets out the damaging impact of inequality, isolation and powerlessness and offers Sheffield a practical strategy to better health and care.

The pandemic has triggered change everywhere. Although I’m not a Sheffield resident, I know that your beautiful city is exploring new ways in which care and support can be found and offered. I want to suggest an evidence-based approach that could make significant improvements to health, to democracy and to services. It could be applied everywhere, but let’s make Sheffield a great example!

First some background, then some ideas on how to implement.

One result is the long-term decline in the share of national income which has gone to wages and salaries. In the mid-1970s, the ‘labour share’ of national income was almost 70 per cent; today it is around 55 per cent. At the same time, a rising share of income goes to the owners of capital, as the returns on financial and real estate assets have consistently outpaced the rate of economic growth.

Inequalities of wealth are even larger than those of income. 44% of the UK’s wealth is owned by 10% of the population, while the richest 1 per cent are estimated to own 14 per cent of the nation’s wealth. By contrast, 15% of adults owe more than they own. Inequalities of income and wealth have particular impact on both social mobility and health: in the poorest areas of the UK, people live on average a startling 10 years less than those living in the richest areas.

14 million people (22% of the population) live on incomes below the poverty line after housing costs, making the UK one of the most unequal of western European countries. This includes 4 million children in poverty, nearly 1 in 3, and the number is rising. As the significant growth of homelessness and use of food banks attests, poverty has made life desperately hard for very large numbers of people.

Higher levels of inequality raise levels of social anxiety and heighten psychological and social costs among the vast majority of the population. People feel a lack of control, they feel more mistrustful and envious. Inequality builds a politics and a society of division. Inequality affects social cohesion. Community life is weaker.

People and families in poverty are far more likely to experience early trauma which has very significant negative impacts on development and behaviour and well-being.

Mental illness is more common in inequal societies. Inequality damages social integration and our sense of ourselves in relation to each other.

When our broken social bonds are not replaced by new forms of connection, then we move towards tales of domination and victory.

“Let me right at the outset define what I mean by alienation. It is the cry of the men who feel themselves the victims of blind economic forces beyond their control. It is the frustration of ordinary people excluded from the processes of decision making. The feeling of despair and hopelessness that pervades people who feel with justification that they have no say in shaping or determining their own destinies.”

Unequal distribution of the social determinants of health, such as education, housing and employment, drives inequalities in physical and mental health. There is also extensive evidence that ‘psychosocial’ factors, such as work stress, influence health and wellbeing.

How psychosocial pathways impact on health

Psychosocial pathways directly impact on physical health outcomes. Stressors experienced repeatedly or over a long period of time, including stressful living and working conditions, are associated with high blood pressure, development of diabetes, and ischemic heart disease. Psychosocial pathways influence health-related behaviours, such as drinking alcohol, smoking, diet and physical activity. Stressors exert effects from early childhood, throughout life. The relationship between social, economic and environmental contexts and health is complex and non-linear.

The importance of protective factors

Individual characteristics such as control, self-efficacy and resilience, as well as the social characteristics described as ‘social capital’, such as social networks, can protect health from the effects of stressors in some circumstances; and thus positively influence health outcomes.

Local areas can use their powers to improve the built, natural and social environment, that are inclusive and encourage empowerment, social cohesion, sense of belonging, social relationships and social capital.

If alienation is the point at which our crises converge, belonging is the means by which we can address them. Revive community, and by anchoring ourselves, our politics and parts of our economy in the life of this community, we can work with communities to mobilise change and create health. This benefits not only the people involved but also the majority of the community, even if they are involved only to a small degree.

We know that social action to build community has many benefits:

We can help create a more participatory culture that increases the 3Cs: contact, builds confidence and supports people and communities to take more control over their lives and places.

It is the increase in control that is health creative.

We want this participatory democracy to work in collaboration with the state, with the NHS, with housing and with local authorities. The erosion of the state has contributed to this atomisation. We do not want this process contributing further to the shrinkage of the state.

“The success of an economy and of a society cannot be separated from the lives that the members of the society are able to lead... we not only value living well and satisfactorily, but also appreciate having control over our lives.”

Although this kind of community action has an important impact on people’s health, it is only a small part of what needs to be done to challenge inequalities nationally. Many other changes are needed.

A broader definition of what prosperity means: the quality and security of work as well as income; time with family and community as well as money; and the common good as well as individual wellbeing.

A fairer economy generates greater prosperity, with stronger and more stable growth and lower social costs. Everyone – from top to bottom – is better off when the economy’s rewards are more fairly shared.

Redistribution. The IMF is now clear that inequality is bad for growth and redistribution is not damaging to growth.

Responding to Ethnic Inequalities in Health2

Here are recommendations from the Marmot Team:

A Health Creating Programme in the UK

Here is an example from The Health Creation Alliance:

Over to You Sheffield!

I hope you have found these suggestions helpful. They could be implemented in your fair city.

Every statement has an evidence-base behind it. The evidence can be found here:

With inspiration from Harry Burns, ex-Director of Public Health, Scotland. 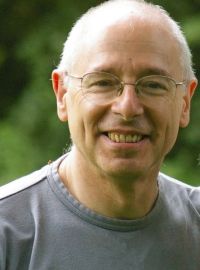 C2 Model The C2 Model is a positive approach to bring about real community change by supporting local people to lead the process…
Paper: 07.08.11 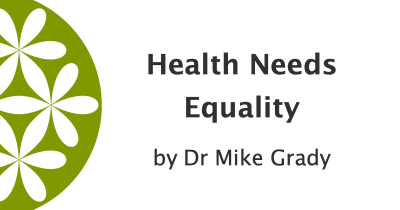 Commissioning for Health Improvement Brian Fisher describes a model developed in Lewisham which could shift healthcare away from institutional and…
Paper: 08.04.20 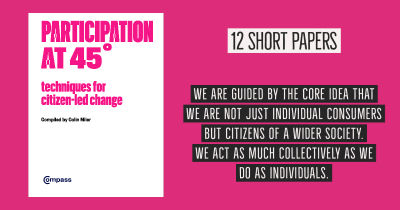