Notions of independent brokerage or facilitation are complex and contested. But in essence, as John O'Brien notes, the art of facilitation might be summarised as:

There has been a tendency to define some precise professional or community role that will magically lead to positive change in people's lives. But there is never one kind of person who will bring about positive change:

"Independent facilitators put their knowledge and skills to work but this spirit, which is available to anyone with courage to listen and act, brings the relationship alive."

There is also a danger in thinking that some particular kind of intervention or process (planning in a certain way or organising people in a certain ways) will always bring about positive change. Circles are never circular and the reality of change is more complex. Independent facilitators can rarely draw tight lines around their role they often need to go on a more complex journey which can involve real and messy work to make things happen:

"Their situation changed because Independent Facilitators walked with them on their journey, playing an active role in problem solving and negotiating new ways to use public funds and service resources."

The conversation of leaders in Ontario demonstrates that people are beginning to make some progress on integrating independent facilitation into the wider system in a way that has both integrity and avoids making simplistic claims about how good things happen. Instead people are developing an ever deeper sense of the real challenge before us. As Bill Hiltz puts it:

"Society is very much ready for change. We would be wise to find how to shift the conversation from funding to citizenship." 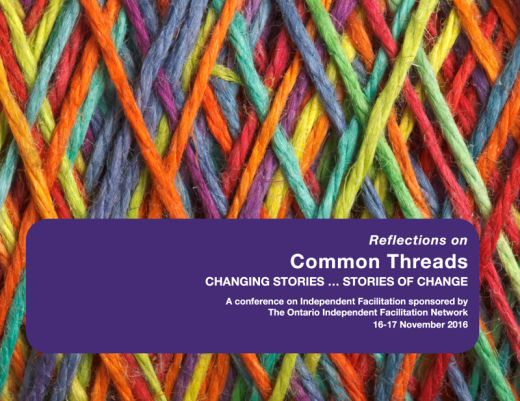 The publisher is John O'Brien.

This work is licensed under a Creative Commons Attribution-ShareAlike 3.0 Unported License. You can make and distribute copies for any non-commercial purpose as long as you attribute it and do not change it.

It's a Cogworld Peter Leidy sings, inspired by conversations with John O'Brien and members of Wisconsin's Developmental…
Paper: 22.04.15 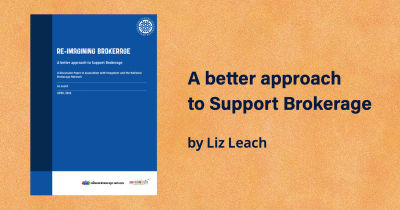