David Zigmond is a veteran NHS medical practitioner who has, increasingly, devoted himself to repersonalising the NHS. This has been fuelled by his perception of the last three decades of serial reforms and systematisations: each seems to squeeze yet more intelligence, life and humanity from our healthcare interactions – both with colleagues and patients.

David’s initial medical training was in the 1960s. His subsequent experiences over the next two decades of working in the NHS were, mostly, benign – akin to being part of a well-functioning family: flawed and uneven, but well-motivated, convivial and intelligently flexible.

In the later three decades he has witnessed, and been subject to, a very different regime: one of draconian management systems and policies that extinguish our better relationships, sense and sensibility. Yet all of this must be done – we are told – in the interests of greater efficiency, safety and performance standards. David has, instead, seen the results departing, increasingly, from the mission statements. Many healthcare workers can no longer tolerate their working conditions. So what we have done is replace a well-functioning, good-enough family with a fractious, mistrustful fragmented – and so poorly performing – factory.

It is such experiences that motivate David to work with others at the Centre for Welfare Reform.

Since initial graduation David has worked mostly in General Practice and Mental Health. From the beginning of his work he has believed that, in our endeavours, human and personal understanding (‘art’) is quite as important as generic understanding and schematic management (‘science’) – often more so. Because of this he pursued training and experience not just in physical medicine and psychiatry, but also in psychoanalytic and humanistic psychotherapies. Such eclectic synthesis used to be much more possible and thus commoner. Our systemisation has now extinguished such possibilities. One of his questions is: what kind of ‘progress’ is this?

David has worked as a frontline NHS doctor for the better (and worst) part of fifty years. His two main jobs have been as a traditional small practice family doctor and a large hospital psychiatrist and psychotherapist: in all of these he came to see (the now-imperilled) personal continuity of care as vital to much of our best care. Throughout this time he has spent the smaller fraction of his time working as a private psychotherapist.

For many years he has written about his wide-ranging experiences and his ideas of how to make sense of them. This has been contiguous to his teaching of healthcarers and psychotherapists.

Many of his writings can be found via his blog and also in his Anthology: If You Want Good Personal Healthcare – See a Vet. Industrialised humanity: why and how should we care for one another? New Gnosis Publications, 2015.

Should All Doctors be Resuscitators? David Zigmond asks whether there are not costs to setting arbitrary standards for health and safety regardless of…
Article: 21.03.17

Abolishing the NHS Market In this powerful essay David Zigmond eviscerates the Internal Market which is choking the NHS to death.
Story: 06.03.17

When is Change Progress? David Zigmond describes his final reflections as CQC closes down his GP practice for its refusal to be fully compliant…
Story: 05.03.17

When is Compliance Necessary for Public Safety? David Zigmond explores how regulation, disconnected from people's real experience and evidence of impact, can…
Article: 26.05.17

Industrialised Humanity David Zigmond reviews the film I, Daniel Blake and argues that it reveals, not only the cost of austerity, but also the…
Article: 15.06.17

A Healthy Heart for the NHS David Zigmond argues that it is not just economics that is at the heart of the problems in the NHS - more than this is the…
Article: 01.10.17

Care Navigators or Family Doctors? David Zigmond reflects on the problems created when systems seek savings by hiding behind walls of receptionists or…
Article: 08.11.17

Hi Tech With Many Human Hearts A review of the film Heal the Living weaves a rich tapestry of the emotions and relationships at the edge of life and…
Review: 13.11.17

Not So Sapiens After All The trials and tribulations of our Welfare system have deeper and more complex roots than many can imagine. 'Sapiens: A…
Article: 19.12.18 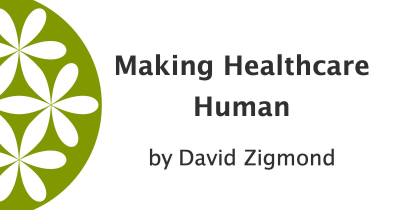 Making Healthcare Human John Burton interviews David Zigmond and together they explore the growing inhumanity of modern approaches to…
Article: 29.01.19 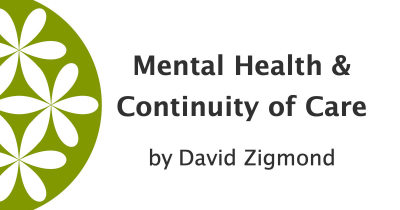 Mental Health and Continuity of Care David Zigmond asks the Secretary of State for Health and Social Care whether mental health can be advanced by…
Story: 20.12.18 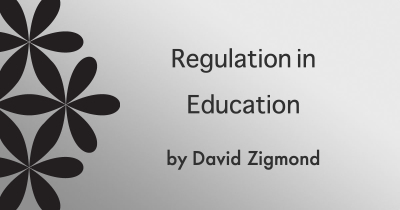 Regulation in Education David Zigmond tells the story of Eve, a teacher whose joy in her work is being strangled by over-regulation.
Film: 01.03.18

Zigmond on the Human Scale David Zigmond talks to Simon Duffy about the importance of scale on the NHS if we want to nurture human understanding and…
Film: 01.03.18 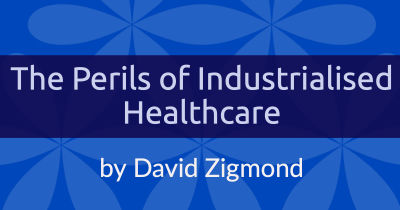 The Perils of Industrialised Healthcare David Zigmond argues that we underestimate the perils of industrialised healthcare and that the NHS needs to be built…
Article: 29.11.19 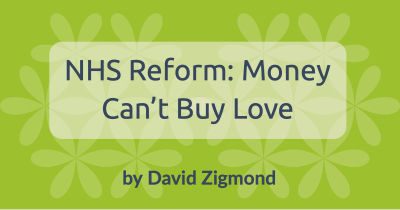 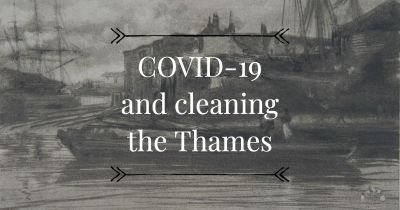 COVID-19 and Cleaning the Thames David Zigmond explores the historical parallels between today and the public health crises of the…
Article: 28.09.20 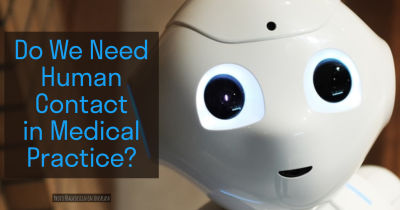 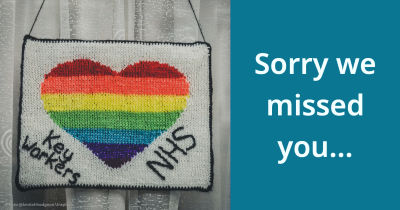 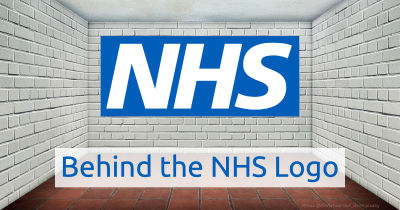 Behind the NHS Logo The Covid pandemic has challenged and stretched the NHS as never before. What kind of service is likely to emerge and…
Film: 16.02.22 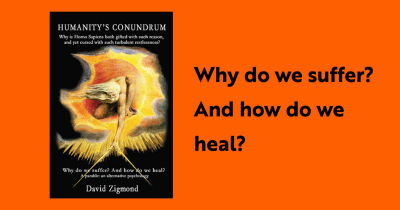 Humanity's Conundrum David Zigmond on his new book and the importance of our search for meaning and community.
Article: 07.02.18

Is Prevention Always Better than the Cure? David Zigmond interviews a GP about life in the hyper-regulated NHS and explores the relevance of Minority Report.
Article: 07.11.22 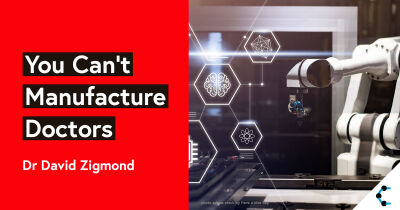