Zigmond on Neoliberalism and the NHS

David proposes that the healthcare system should be based on the notion of pastoral healthcare and that good healthcare is impossible without nurturing and caring relationships:

However the NHS has undermined this approach by adopting the philosophy of neoliberalism and it has indulged in a series of changes which have industrialised healthcare:

Watch the full series, from which these film clips have been taken, in the playlist below:

Zigmond on Neoliberalism and the NHS © David Zigmond & the Centre for Welfare Reform 2018. 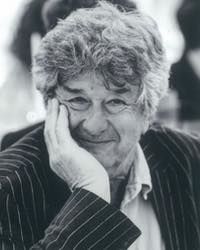 Zigmond on the Human Scale David Zigmond talks to Simon Duffy about the importance of scale on the NHS if we want to nurture human understanding and…
Film: 01.03.18