A Wild Love for the World

Review of A Wild Love for the World: Joanna Macy and the Work of Our Time

Joanna Macy was born into a Christian American household in 1929. Now in her 90s, she is still going strong. Her adult life is all about engaging deeply with critical challenges of the modern age. She was 16 in 1945 as the massive destruction of World War II came to an end. She was still 16 at the birth of the nuclear age, signalled emphatically by the obliteration of Hiroshima and Nagasaki. Unsurprisingly the search for sustainable peace and the need to protect ourselves from the dangers of nuclear technology have been two of these challenges. More recently, so have the urgent threats of climate catastrophe and the loss of biodiversity.

This book is both a celebration and commentary on Joanna's life and work. Her colleagues and disciples have brought together 46 articles exploring different aspects of these contributions, organised into five sections concerned respectively with understanding ourselves in the world, the need to accept and act on despair, dependent causality (I'll come to this), deep time and 'the work that reconnects' - empowering present and future generations to build a more resilient world that works for us all. Joanna offers eleven of these articles herself, drawn from her great body of writing, typically short and autobiographical, reflecting on how particular ideas and practices emerged from particular times and life experiences. The other 35 examine key ideas in more detail and show their application in many different places and contexts.

In this short review, I focus on drawing out key elements in this love for the world and the action they predicate.

Fundamental has been Joanna's embrace of Buddhism. Throughout her life Joanna has travelled widely. She lived in India in the early 1960s and characteristically, finding a resonance for her ideas in Buddhism, invested in becoming a scholar. But more than this, she pursued what Thich Nhat Hahn calls 'socially engaged Buddhism', a commitment to changing the world not only contemplating it. 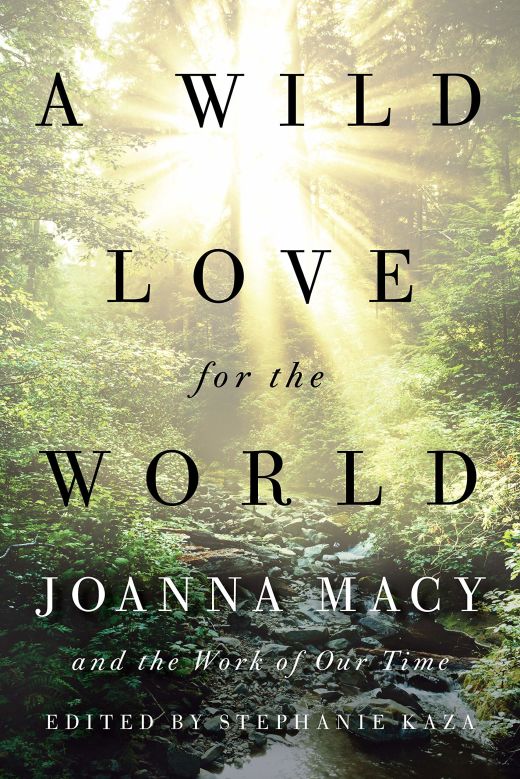 Demonstrating the breadth of her studies, Joanna also saw that there were related ways of thinking emerging in the new sciences. Rather later (in 1978) her Ph.D. thesis (undertaken in a Department of Religion) was entitled, 'Mutual Causality in Buddhism and General Systems Theory: The Dharma of Natural Systems'. She was not alone of course in seeing these connections. Margaret Wheatley, Otto Scharmer and Fritjof Capra among others have found that a Buddhist world view offers an important window on the nature of our existence.

In truth, I understand the language of the new sciences better than I do that of Buddhism so in this review I will stick closer to the former but I am persuaded that several recent advances in the natural and biological sciences have their correlates in Buddhist ideas going back a thousand years and more.

I want to give one example because it's central to Joanna's engaged practice. I have reviewed Capra (and Pier Luigi Luisi's) book The Systems View of Life elsewhere on this site. They identify two essential things about our reality. First, the 'Gaia hypothesis', that life is a vital feature of our macro world that has emerged as a dynamic process over its lengthy evolution. Second that all life can be understood as a continuous process of interaction among systems embedded in larger systems, from the simplest cell up to this living world as a whole. For Capra and Luisi, the ecology of these relationships is a critical discipline.

In Joanna's language, 'deep time' attends to the vast history of our planet; the 'ecological self' (and its 'Gaia consciousness') locates us as part of the living world; 'dependent causality' alerts us to the reality that our own well-being is intimately linked to the well-being of others. Engaged Buddhism is the activism that connects us to each other and this understanding of our global interdependence in the face of threats to the beautiful gift - our world - that we have inherited and pass on to our descendants.

These threats are many. I mentioned 1945. Much later Joanna visited the peace camp at Greenham Common, protesting the deployment of US nuclear weapons on UK soil. Much later still, her work was further energised by the nuclear catastrophe at Fukushima. Nuclear waste leaves a very long and dangerous footprint.

Of course there are many needs for peace-building. One of the articles (Helena ter Ellen) describes the use of Joanna's methods (the 'Truth Mandala') as part of the recent truth and reconciliation process in Colombia, a country I know well.

Then there is the protection of nature. Joanna describes her time with a community in the Australian rain forest, resisting the logging that intentionally destroys our precious inheritance. And climate. Leaders of Extinction Rebellion have found inspiration in Joanna's 'wild love for the world'.

Linked to these ideas and the global challenges, Joanna has been highly creative in designing 'rituals' (I would call these structured group processes) that help us engage with this rich understanding of our world and our place within it. 'Deep time' led to a group exercise in which participants make a facilitated 'walk' through the long history of our planet and seek feedback from voices representing a distant future. The 'Council of All Beings' creates a space for role-play in which all life is represented (the example in Australia included the Platypus) as a counter to our typical anthropocentrism. 'Despair work' recognises that grief is a constant companion in confronting the world as it is: we need to voice this truth in order to find the courage for action. The 'Truth Mandala', first invented and used in a workshop exploring German reunification, offers a vehicle for opening-up communication among diverse participants through sharing feelings provoked by objects representing fear, anger, grief and hope.

The body of work collected here is full of practical inspiration as well as resources to spiritual renewal. 'The Work That Reconnects' has never been more important.

The publisher is Shambhala. 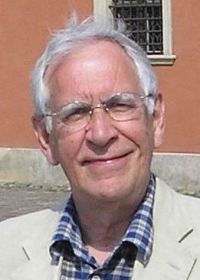 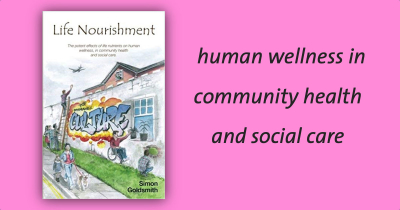 Peace, Sustainability & Inclusive Citizenship in Colombia David Towell and colleagues offer a framework for exploring how education needs to be transformed to play its part in…