This is a true story about what happens when instead of putting people and families first we let consultants and professionals decide what’s right.

I am someone who has a learning difficulty. I had found out that my local authority was piloting individual budgets. When I phoned up to find out if I could have one I was told that I was not eligible - from the work I had done at Paradigm I found out I was eligible. So I contacted the Director of Social Services and after some debate they agreed to give me the first individual budget in the area.

I’d already done my own plan and their first budget offer was inadequate. So we took the RAS and filled it in so that it came to the right amount (although I did have to explain the RAS and the seven-steps of self-directed support to my social worker). After all this my job changed and I started working as a support planner and person centred planner in my home area.

In the first week of my job I found out that the council were also now working with lots of different professional consultants who were coming into teach people the very things that I’d been doing and teaching for many years. I told them I’d been doing these things for years and that they were wasting their money - but they said they’d already booked them.

Although the council decided to employ the consultants for nine sessions it was also decided (without talking to me) that I would become a trainer and support planner too.

I found the training from the consultants boring and pretty ineffective. They hadn’t realised that some times people need space and time on their own to plan. They also made the process far too like a classroom exercise - it was not flexible enough and didn’t really respect and include the person. The exercises weren’t really relevant. But when I was listening to all this I found it hard not to think that may be I was wrong and that they were right. It did undermine my confidence in myself.

I held it together for a few sessions; but in between I was working differently and directly with some families who found the group process unhelpful and who had contacted me directly. This seemed to be much quicker and more effective. So I went to my boss to talk about my concerns - although he was a trainer who had been trained by the very same consultancy company. He rejected my criticisms and said they were a “complete lie”. But I talked to other people who I trusted and that encouraged me to carry on.

One day [a day when my boss was off sick] the head consultant came through the door to see how her own consultant was doing. Many of the social workers who were trying to learn about support planning and person centred planning were confused by what they were being taught. The families I was working with challenged the head consultant - saying that my approach was working better and that they didn’t understand the consultant’s process.

Then, in public, the head consultant complained that I had taken control of the day and she then proceeded to tell the families that they were doing it all wrong. So me and the head consultant went for a private chat. She didn’t like the fact that I was challenging her and she accused me of being “brainwashed”. But after this she left in a hurry - never to come back.

If you really want to help people to plan - then listen to them. Don’t get stuck in silly processes that don’t work - do what’s right for the person. That’s what being person centred should really mean. 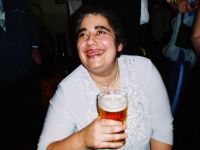 Founder of See Me As Me

Planning with Families Pippa Murray summarises the main things you need to do to help families plan for themselves and disabled family…
Article: 06.07.11

The Key to Support Planning Liam Toner explains how support planning could become genuinely empowering rather than just another bureaucratic…
Inspiration: 01.05.10

Personal Planning It is sometimes useful to have a plan and sometimes local bodies may seek to confirm the competence of people with…
Graphic: 01.08.09

Personal Plan Plans should be personal - and they should integrate care, support, education or whatever else people need to plan for.
Paper: 02.06.14

Working on the Inside Kate Fulton offers insight into the inner dimension of change that is essential to working respectfully and with…
Paper: 08.01.14

The Trouble With Person-Centred Planning John O'Brien, one of the innovators who developed person-centred planning, reflects on the trouble that comes as…
Paper: 22.06.14