How Are the Children?

In 1923 Eglantyne Jebb of Britain drafted a document saying children had the right to be protected, housed, fed and safe from exploitation. The delinquent must be reclaimed, the orphan sheltered. The League of Nations agreed.

In 1959 all United Nation nations adopted a Declaration on the Rights of the Child, expanding the 1924 document. The child now had the right to a name and nationality, and to equality regardless of race, religion or national origin. The rights to free education and recreation were added. The child had the right to “understanding and love by parents and society”.

The wording is intentional and meaningful. Looking back 30 years later, are we achieving those goals? It turns out that legislators had a vision of not just 3rd world advancement, but to the industrialized world of caution.  There are nearly 2 billion children in the world under age 15, making up 27% of the world's population. How are they doing?

Since 1989 child mortality has halved. 78% of births are now registered, up from 55%. In 1980 20% of the world's children were immunized against diphtheria, tetanus and pertussis; now 86% are. Now 90% of elementary school aged children are in school, up from 82%. Literacy among 15-24 year olds is up. There's work to do but much has been done.

However the problems around the world are not just different now than then, but are different in one nation from another now. Some nations have a birth rate so high commentators worry about global overpopulation, while other nations have a birth rate so low that the economy may flounder for lack of contributors. Fertility rates per woman in Niger are 6 babies each, but in Spain are well below replacement level of 2.2.

Family size differs Households with 3 children or more are 14% of households in Mexico, but 3% in Portugal. The question of what is progress then may be defined differently. There is a risk, in one-size fits all answers, of imposing values of one culture on another.

Life expectancy is over 80 in France but under 55 in South Africa. These differences affect decisions of when to have children. The average age of first time mothers in Chad is 18 but in the UK is 30. Though some may feel they start too young in some places, some argue they start too late in others. We are not sure if women are deciding based on personal choice or other factors.

The problem of food access varies. 12.9% of people in poor nations are undernourished. But in other countries childhood obesity is rising. In areas of flood children are starving. But elsewhere the problem is not lack of food but its cost. In Canada food costs 8-9% of the family income, but in Kenya it costs 40%.

The role of women differs globally. The number of women equals the number of men in paid labor in the US. However women are only 15% of the paid labor force in Iraq. Though many observers decry forcing women to be home, the actual pressure in other nations is the reverse, to not be home. Focus on equality in the paid work world has not yet addressed equality of women at home with other women.

The idea of protecting the child is changing.  Keeping them from armed conflict or physical abuse is paramount everywhere. However, emotional wellbeing may be at risk in new ways. Long separation from parents who are earning, or the stress of the small child in a very large group, may raise new concerns about neglect.

Nations interpret the wording of the rights differently. All defend the 'best interests ' of the child, but disagree about who knows what those interests are. In some, the state assumes it knows. In others, the parents are given more options. A capitalist nation may teach independence, choices, tolerance, while a socialist nation may teach social honour, group harmony and conformity. In some countries parents can home-school, or enrol children in schools of various languages and faiths. In other countries there is one state religion and one political party, there is no homeschooling and the role of parents is to enforce the values of the state.

In times of armed conflict, nations defend reunification of children with their parents. Yet in some countries children born in poverty are taken from the parent to be raised by the state. The Kinship House in the US reported that every two minutes in the US another child is removed from the parental home. With good intentions to help a child, many nations end up forcing more separation of the child from the family

The right of children to have a voice is interpreted differently. Having a child speak at a conference on climate change may be celebrated, but in practical terms children usually are not even given say in how their school handles late arrivals. When children are crying with separation anxiety or are restless, their ideas may not be listened to as much as diagnosed and medicated. Use of medication for attention deficit hyperactivity disorder went up 274% from 1993 to 2000.

Nations differ widely in when they define adult rights. To drive a car you must be 15 in Mexico but 18 in Brazil. To vote you must be 16 in Argentina but 21 in Malaysia. However children pay full fare on airplanes from age 2 and pay adult fares at movies and restaurants, often by age 12. The minimum age of criminal responsibility in Nicaragua is 18. But a child can be held criminally responsible at age 8 in Bermuda. In the US there are 95,000 juveniles in adult jails. In Sudan, juvenile offenders have faced the death penalty.

Children are to be protected from exploitation, but the risk is shifting. Attention to care of children has led to explosion of industry to make profit off children. The disposable diaper market is worth $93 billion. The infant formula and baby food industry is worth $50 billion.

There is pressure not just on parents but on kids to buy products. In the US tweens spend $14 billion per year on clothes. The global cosmetic market is worth $532 billion and teen cosmetic purchases are up 20%. The global toy market is $90 billion US. Many nations restrict advertising to young children. However the Internet has made that monitoring difficult. Facebook with 2.3 billion users has an annual income of $22 billion and many Internet users now are children. The most prudent protection now may be for a parent to watch with the child and talk about what they see.

Most nations limit access of kids to tobacco and alcohol. But when parents are away, teens experiment. Among 15 year olds, rates of drinking were 10% in Switzerland and over 30% in Czech Republic. The six leading tobacco manufacturers in 2010 made $35 billion in profit and when children start smoking, they are dealing with a potentially addictive substance. The lures of street drugs carry a similar horrific downside- the child is a guaranteed repeat customer.

The child's need for privacy is changing. Many nations protect the child from predators but predators have become less visible. In Europe 46% of 9-16 year olds have their own cellphones. Many countries require criminal record checks for adults working with children. However kids online or with cellphones may be subject to GPS tracking and fingerprint recognition. International companies track product preferences and collect banking information. Websites track online activity and suggest videos to watch. So industry is learning a lot about children. Some governments create a database of each child's personality, school record, medical record, family finances -and some of this information is not disclosed to the parent. The issue of the state protecting privacy rises to another level - who is protecting the child from the state?

And so the presence of the parent becomes vital to the wellbeing of the child.

Nations differ in what role they feel the state should play and how to fund that role. Some countries enable parenting through birth bonuses, family based taxation, universal children's allowance. Others however preferentially fund care of children in state-regulated facilities. It is by its funding formula that one sees the biggest divergence in how the rights of the child are supported.

It could be argued that if the state says kids don't learn at home but only in state-run care, that devalues parents. If the state funds only care away from parents not with them, that violates the right of the child to care by the family, to learning the language and religion and culture of that family.

In some countries the agenda of government seems clearer - to make sure the next generation endorses the political views of the country. In others the agenda about children reveals a value the state holds even dearer - job creation.

It is likely that we can't enable rights of the child fully unless we address the historical low status of the care role, and its exclusion from designations that economists value - work, labour force, productivity, GDP.  When a parent tending a child is deemed 'not working' she is invisible in the economy. The UN in the Platform for Action in the 1990s passed a motion to tally caregiving roles and to notice how much they anchor the economy. They are the first tier of health care. Statistics Canada estimates that were such roles counted they would be over 1/3 of the GDP. But most nations still do not count those roles.

And this tilt shows a more pervasive bias that needs to be addressed - the devaluing of caregiving still. The good news is that the writers of The Convention on the Rights of the Child knew that. They included the right to time with family, knowing that the family helps the child have an identity, a language, a culture. A family provides a guide, someone to care, to help children through the maze of decisions and to offer them what the state cannot - love.

And you know who else knew this was vital to children's rights? Children.

When a small child cries in terror and wants comfort, when the child cries on separation, when the teen is distraught and needs someone to listen that is the voice of the child.

We should notice that children are telling us, sometimes without words, sometimes with restlessness or despair that they need not just some amorphous state but a life loving family member. And we need laws that make sure that parents can afford to be there.  That is a vital part of the rights of the child that seems to be particularly at risk - everywhere. 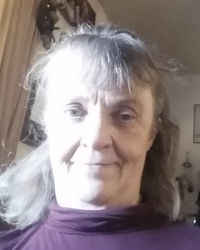 Stop Unethical Research on Children Catherine Hale explains why unethical research on children with ME must be stopped and urges you to sign the #stopGet…
Paper: 12.12.18 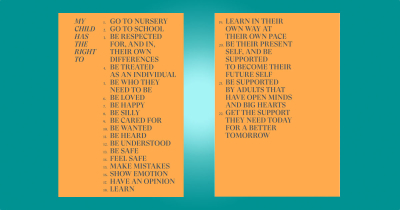 Special Rights A celebration of difference and a collection of proposals for more inclusive schooling and an expression of…
Paper: 10.09.17 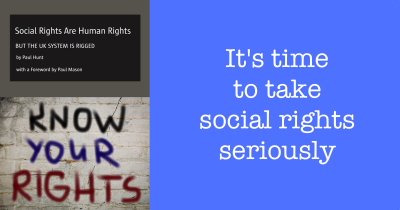 Social Rights Are Human Rights Paul Hunt explains that social rights are fundamental human rights, but that in the UK these rights are not taken…
Paper: 20.12.10 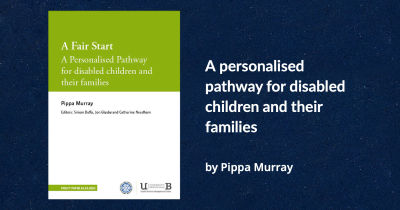 A Fair Start Pippa Murray makes the case for an integrated Personalised Pathway to enable disabled children and their families to…
Story: 28.04.19 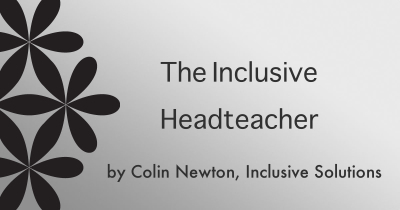 The Inclusive Headteacher Inclusive Solutions work around the world to advance inclusion for all in schools and in the wider community.