This article was originally published in the Vegan Organic Network magazine Growing Green.

In June 2018, after what seemed like forever, myself, my husband, Terry, and our daughter, Rosa finally moved onto our land to begin our adventure into veganic farming. We are leasing the land (5.6ha) from a local fruit farmer and are in the process of buying one of the fields.

We had already gained permitted development to build a barn so we were able to move on in our touring caravan. A couple of months later, we brought in a second-hand static, which felt like luxury after nearly a year in a small space!

The mission of Vegan Organics Kent is to develop a veganic farm and ecologically sustainable working hub based on permaculture/agroecology principles; incorporating low impact building and the use of locally sourced materials, for the benefit of humans, animals and the natural environment. The whole enterprise aims to be carbon negative, concrete-free, single-use plastic-free and off-grid. 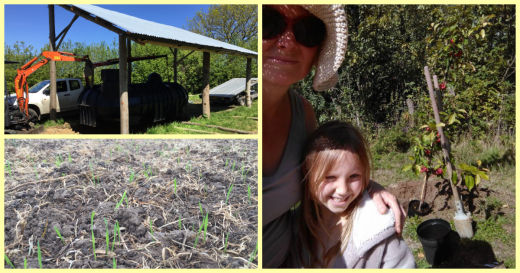 In order to achieve this, we aim to transform 5.6 Hectares (13.4 Acres) of previously permanent grassland in Boughton-Under-Blean, Kent. The plan is to ‘cultivate’ a total of approximately 12 acres, the remainder of the site being designated for buildings (barn, pole barn, glasshouse), wildlife ponds, reservoirs, paths and tracks. All buildings will be made using locally coppiced wood including chestnut (from our own woodland 3 miles from the farm site, which we manage traditionally) and poplar from a neighbouring farmers’ land (which we will then replant with mixed native woodland species).

Our entire operation will centre around veganic agroforestry, ranging from some forest garden areas (trialling more unusual perennials) and a variety of tree crops and other perennials as part of an alley-cropping system (nuts, fruit, vines, short rotation coppice for building, craft and fencing materials, dye and fabric crops).

We will also incorporate green manure crops in rotation and as under-leys, building our own green compost, soil building and companion planting as well as some trial sites for (hopefully) hemp, water chestnuts (as we have a stream running through the site), flax and heritage grains. Our aim is ultimately to employ a no-till approach across the farm. 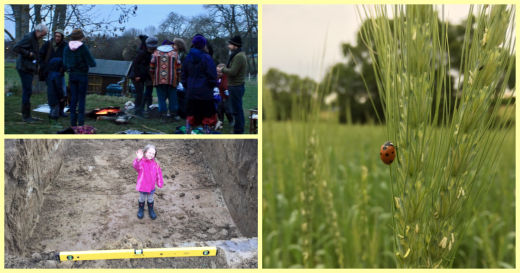 Vegan Organics Kent is the culmination of our shared values and beliefs, weaving together principles and strands from previous projects that we have developed and/or worked on. By way of an explanation of how we got to be developing a veganic farm, short biographies might be helpful…

I am a lifelong community activist and organiser. My academic background is in political anthropology and education. My working life has been focused on developing social movements, earth-focused and earthling rights campaigning and systems change. I also have a keen interest in plant ecology and foraging.

Terry’s background is in agricultural engineering and he grew up on a small holding, so he has seen first-hand how animals are treated by the meat and dairy industries. He has a keen interest (and skill) in green engineering and building, including renewable systems and transport. We both have a passion for non-centralised renewable energy generation and off-grid living. We became vegan when we got married in 2003.

In 2000, we co-founded Skillnet Group CIC (now called Bemix CIC), a social enterprise which supports people with and without learning difficulties to work together equally to challenge inequality and enable positive change. This incorporated several social firms, including a recording and rehearsal studios (West Track), a catering firm (Discovery Catering), an eco-café (The Pulse), a wood workshop (the Eco Shed) and an inclusive performing arts project (Risky Business).

A little later we bought an old car yard in Canterbury and converted it to a low impact working hub for small businesses and social enterprises. It has solar PV installed, uses harvested rainwater for toilet flushing and includes a terrace garden for the use of all tenants.

In 2010, Terry and I founded the Abbot’s Mill Project CIC in Canterbury. The aim of the Abbot’s Mill Project is to create an urban hub which will be an exemplar of earth-friendly compassionate living, incorporating an education/peace centre. The entire project will be powered solely by non-centralised, renewable energy, mainly through re-instating a water wheel into the old mill race on the site of the former Abbot’s Mill (the seven-storey mill that once stood on St Radigund’s Street in the heart of Canterbury).

Since around the same time, we have also been managing various areas of ancient woodland and developing, and running, a low impact woodyard, Howfield Woodyard and Hawkins’ Logs, based on traditional woodland management techniques. This has also become a small hub for other earth-focused enterprises, such as a wood sculptor, a vegan chef and a vegan baker.

In 2013, I set up Canterbury Vegans and Kent Vegan Parenting Facebook groups and then, in 2014, I founded Kent Vegan Events (which includes a monthly vegan market and an annual festival – both in Canterbury).

In the following year, we set up a vegan, eco commune with another couple with the aim of establishing a learning environment for vegan, low impact living. We ran this over three years and shared the space with a total of sixteen different people (including a dog and four cats).

Vegan Organics Kent is our first joint venture into farming, so it is a steep learning curve! However, we are passionate about what we want to do, know some fantastically experienced and knowledgeable people (and are constantly asking questions) and we are quick learners!

The principles behind Vegan Organics Kent are to:

Collaborate with like-minded, ethical organisations and enterprises – for specific trials and projects as part of the farm. For example, we are currently trialling an acre and a half of heritage wheat (April Bearded) for a direct sale to Wild Bread (local vegan, organic, sourdough bakers). We are also working in partnership with other local social, educational and earth-focused projects. We are into community-sufficiency rather than self-sufficiency. 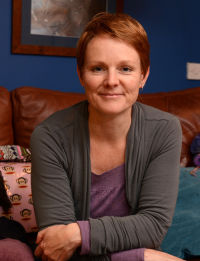 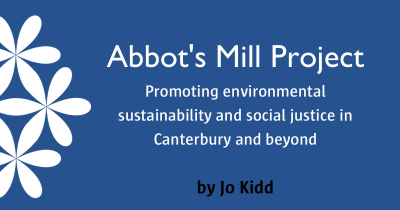 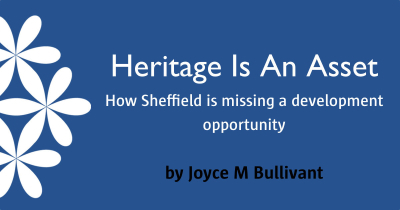 Heritage Is An Asset Joyce Bullivant explains why our heritage is a vital asset for sustainable development and asks why Sheffield City has…
Paper: 16.07.17 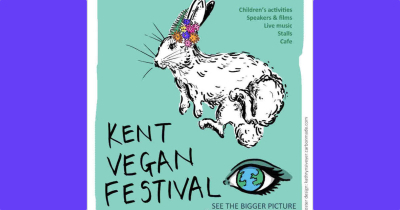 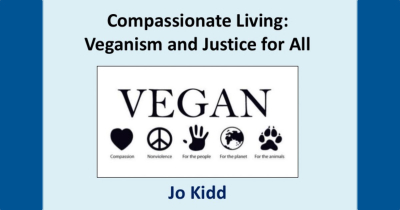 Compassionate Living Jo Kidd explores veganism and justice for all in this presentation given at the Mental Wealth Festival held in…
Inspiration: 07.01.14