The North East coast of Scotland is admittedly not known for its wonderful weather but we do have the occasional unexpectedly beautiful sunny day, even in the autumn months. On one such day a few weeks ago I took my daughter to the beach. The beach was deserted, save for a handful of older people walking their dogs. As we were digging and splashing in the breakers a woman came up to me to say she was so happy to see a child outside, playing in the sand like her children used to do. We chatted briefly about how one rarely sees (or hears!) children in public spaces anymore, because even the very young tend nowadays to be in nursery or some form of care during the day.

This strangely silent week-day world is of course a result of the fact that most parents of young children either want to work or must work. Whether a desire or an obligation on the part of parents, the gradual transfer of the care and raising of children from families to paid professionals is a socio-cultural phenomenon that is wholeheartedly encouraged by the present Government. Indeed, at a time dominated by political division and discord, there is one policy objective that is unanimously supported by all the political parties in the United Kingdom; that is the aim to increase provision of free childcare for three to four year olds from the current 15 hours a week to 30 hours per week. The impetus for this policy is economic. More affordable and flexible childcare, the rationale goes, will enable more mothers to enter the workforce thus boosting productivity as well as improving government finances through a combination of higher tax revenues and lower benefit costs.

In January 2018 it was announced that the Treasury Committee had launched an inquiry to investigate these claims about the relationship between childcare provision and the economy. The inquiry aimed to “examine the role high quality, accessible, flexible and affordable childcare can play in supporting labour productivity”.1 As part of its evidence-gathering process, the committee invited submissions from members of the public and I took up the invitation to express my concerns.

My first comment was that the title of the enquiry is in itself very revealing about social attitudes toward children, parenting and work. Childcare policy is being looked at in the context of how it can best serve the economy. In my view we should be asking two entirely different questions: How can our policies best serve the needs of children and their families, and how can the economy best be aligned with those policies? In a liberal democratic society that claims to value individual freedom as well as take on social responsibility, the relentless focus on labour productivity and ‘getting mothers into the workforce’ is extremely disturbing. Not in the least because the argument that national wealth leads automatically to national wellbeing is increasingly unconvincing.

Instead of pressuring mothers (through the tax system and other measures2) to return to the workforce, the Government should be exploring ways to enable mothers to make the choice not to. It should be asking if the funding available for subsidising childcare could not be made available to support parents to provide their own childcare if they so wish. This would not only ensure that women can make meaningful choices and thus would be a fundamentally progressive policy, but it would ensure children have the best possible chance of receiving high quality care.

For the evidence is quite clear on what sort of caring and environment helps children thrive. While it has been established that formal care settings, in very particular circumstances, can produce ‘better outcomes’ than a home environment, the fact is that these circumstances are far from the norm. Affordable childcare facilities are struggling, not at all surprisingly, to offer very young children the consistency, stability, attention, sensitivity, interest and affection that they need and deserve. At the same there is an army of mothers (or fathers or grandparents) willing to provide all of these things for up to 24 hours a day at a fraction of the cost of a formal care setting. It seems utterly ludicrous that so much effort is being spent on discouraging them from doing so.

Rather than pouring public resources toward the frankly unrealistic goal of making very high quality, affordable child care accessible for every child, why not invest public resources in high quality parenting? In other words, invest in the individuals, families and communities who produce the children and want to care for them; enhance their capacity to create richly stimulating, stable, healthy and supportive environments by easing their financial burden and increasing flexibility in their working lives.

Such a shift in policy could potentially benefit not only parents and children but the public purse and the wider economy. The Committee is examining how childcare policy is influencing the labour productivity and participation of today’s parents. The question that needs to be asked is what influence existing childcare policy is having on the day-to-day lives of a generation of children and how this might, in the long-term, affect the future prosperity of the nation. For today’s children are tomorrow’s labour force and any social policy that directly or indirectly affects their social, emotional, physical and intellectual development will also influence their capacities to contribute productively and creatively to their society.

I suggested that the scope of the enquiry should be much broader and more fundamentally questioning of prevailing policy and its underpinning ideology, since it has by no means been unequivocally established that the public interest is best served by the greatest number of citizens being employed for the greatest number of hours in the formal labour market. In fact, the nationally accounted economy could not function without the enormous contribution of unpaid labour and nothing is more valuable to the economy than the freely gifted time, effort and love parents offer their children. If we continue with current trends we will end up with a society where all caring is outsourced to private interests. In other words, all caring is for profit and no one has any time for any type of activity that is not measured in terms of GDP. I ended with a plea that we take a moment and think about what we are doing, lest we forget that the economy is supposed to serve the needs of the population and not the other way around.

Of course I was aware at the time of writing that this was far more an exercise in ‘getting it off my chest’ than it was a submission of evidence in the usual sense. However, upon reading the final report of the inquiry published in March I was surprised and extremely pleased to see that not only did the inquiry question the effectiveness of the Government’s policy on its own terms but it made two important acknowledgements. First of all, it noted that not all mothers want to pay someone else to look after their children. Secondly, it noted that labelling mothers who do look after their own children as economically unproductive is a matter of accounting, and accounting systems can be changed. This might not seem like much, but it does go a little way towards challenging the assumptions underpinning the political consensus described at the beginning of this piece.

Most interestingly, that these two points were given prominence in the final report is down to the number of submissions the inquiry received from individuals making much the same arguments I had attempted. In other words, submission after submission presents, either through facts and figures or personal experience, the case for moving beyond purely economic definitions of social value, of a purely contractual basis for caring relationships, of purely materialistic ways of understanding wealth and wellbeing and of purely cognitive criteria for measuring human development. Submission after submission emphasises the importance in childhood of love, freedom, personal connection, a sense of security, a sense of community and a connection to nature. What I found so striking, reading through the written evidence of the enquiry, is how much the experiences of people from all walks of life resonates with Rudolf Steiner’s teachings on education and social life.

I have little hope that today’s policy-makers will heed these voices and make any significant changes to their social programme. I am however heartened to see such a good illustration of the fact that when clear thinking is combined with genuine feeling the resulting message reveals more about our commonalities than it does about our differences.

2. For more information and analysis on how the tax system penalises parents who choose to remain with their children rather than seek employment outside the home, see the excellent organisation and campaign group: Mothers At Home Matter 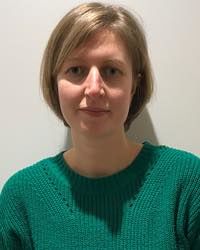 Community Care & Inclusion for People with an Intellectual Disability Robin Jackson and Maria Lyons are the editors of a series of essays reviewing the history of services for people with…
Paper: 16.11.15 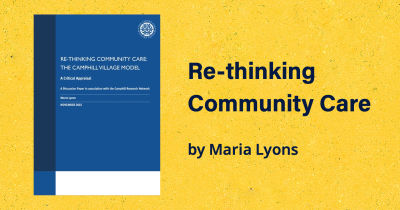 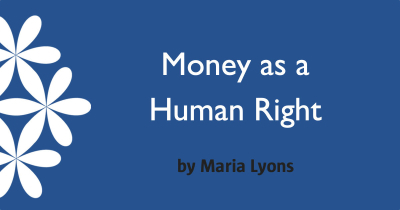