Care leavers to receive £1,600 a month for up to two years

There has been a major basic income breakthrough as the Welsh government has announced a three year pilot which offers £1,600 a month to every care leaver over 18. It is expected about 500 people will be eligible to join the scheme, which is being launched this year and may cost up to £20m. It is the highest amount offered in a basic income scheme anywhere in the world.

Outlining the reasoning behind the pilot, Minister for Social Justice Jane Hutt said:

“Our Basic Income announcement today complements the Welsh Government’s ambition to ensure the most vulnerable in our society are supported. We know we’re in the midst of a cost of living crisis and we’re determined to continually look at how best to support individuals in Wales who live in poverty.

“Care leavers have a right to be properly supported as they develop into independent young adults. It’s also important to note that this policy is underpinned by the United Nations Convention on the Rights of the Child (UNCRC), emphasising our commitment to strengthening the rights of children and young people in Wales.

“Yet, too many young people leaving care continue to face significant barriers to achieving a successful transition into adulthood. Our Basic Income pilot is an exciting project to deliver financial stability for a generation of young people that need it most.

“The pilot will build on the existing support offered to looked after children in Wales and ensure young people who take part in this pilot get all the support they need to give them the best possible chance to make their way in life and the transition out of care better, easier and more positive.

“We are fully committed to supporting those living in poverty, ensuring they receive adequate financial support so that everyone in Wales can live happy and healthy lives.”

Read the statement in full at:

Much of the impetus behind this initiative began has been provided by UBI Lab Wales and the other Welsh UBI Labs, who are also part of the global UBI Lab Network, part of Citizen Network. The commitment to pilot basic income in Wales arose directly out of the UBI Pledge Campaign ahead of the Senedd elections last year led directly to the Welsh Government's decision to launch a pilot.

“While this proposal is not for a location-based basic income pilot with a wide range of participants, it represents a huge step forward for the UBI movement and a first for the UK. This will be a sizeable basic income for young people who need financial support at an uncertain and difficult point in their lives, and we’re confident that, if done properly, this pilot will demonstrate that a basic income can transform the lives of care leavers as well as citizens across Wales.”

“We welcome today's exciting announcement by the Welsh Government that they plan to launch a Basic Income pilot involving care leavers this summer. While this isn't a full Universal Basic Income (UBI), we believe it will test some of the most important values and principles of a UBI, including unconditionality and regularity. This pilot represents a huge step in the right direction. Devolved administrations in Scotland and Northern Ireland are also exploring the possibility of running their own UBI pilots, and we call on cities across England to start taking this forwards as well. We believe the results of this groundbreaking pilot will add to the growing evidence base around Universal Basic Income, and the benefits it could have for every one of us.”

Dr Simon Duffy, President of Citizen Network and one of the co-founders of the UBI Lab Network, said:

“It is so encouraging to see this ambitious commitment to progressive social policy from the Welsh Government. It is rejecting the failed welfare policies of Westminster, like Universal Credit, benefit sanctions and extreme means-testing. It is rejecting policies that have only created poverty, stigma, malnutrition, food banks and a growing mental health crisis.

“Instead it is making a real commitment to care leavers. Far too many children are going into care, often because of poverty, and too often their experiences in care are traumatising and harmful. When they leave care they are abandoned and many find themselves caught in a cycle of careless care, losing their own children to the care system. This pioneering policy offers young people a better start, economic security and freedom from the heartless Universal Credit system that blights the lives of so many.”

Read about the pilot in The Guardian here:

UBI Lab is a worldwide network of citizens, researchers and activists exploring the potential of Universal Basic Income (UBI) with over 50 labs already. You can find out more about UBI Lab Network here: 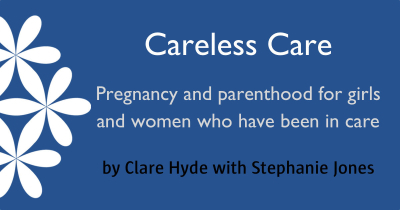 Careless Care When the state takes children into its care it has a responsibility to support them into adulthood and as they become…
Project: 20.01.22 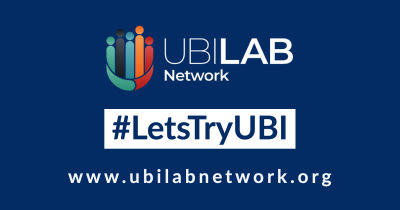 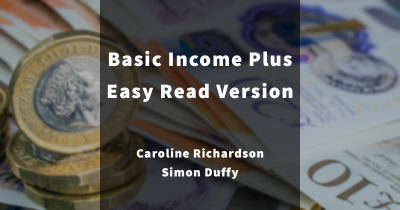 Basic Income Plus: Easy Read Version Basic Income Plus is a radical way to reform benefits by giving everyone enough to live on and ensuring people with extra…
Paper: 17.07.20 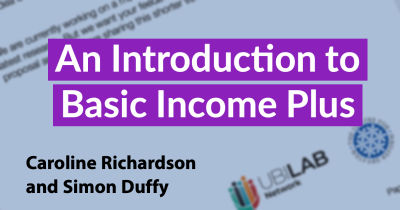