Authors: Members of My Fair London

Does inequality matter? For a generation, inequality has been increasingly dismissed as an irrelevance: all that mattered was that the living standards of all were improving. It has certainly been a long time since that has happened: four years before the economic crisis began, the real income of the bottom half began to flat-line; for the bottom third, it actually declined.

This booklet has been produced by members of My Fair London in response to requests from politicians, trade unionists, and members of the public and draws on the bestselling book The Spirit Level by Professors Richard Wilkinson and Kate Pickett which shows that most social problems are worse in more unequal societies and that inequality lies at their root.

With an abundance of evidence, Why Inequality Matters shows that the scourge of inequality has had a real role in the current economic crisis. The pursuit of equality is not just a moral imperative, not just vital for the poor and for the social cohesion and wellbeing of society, it is also necessary for a stable economy. 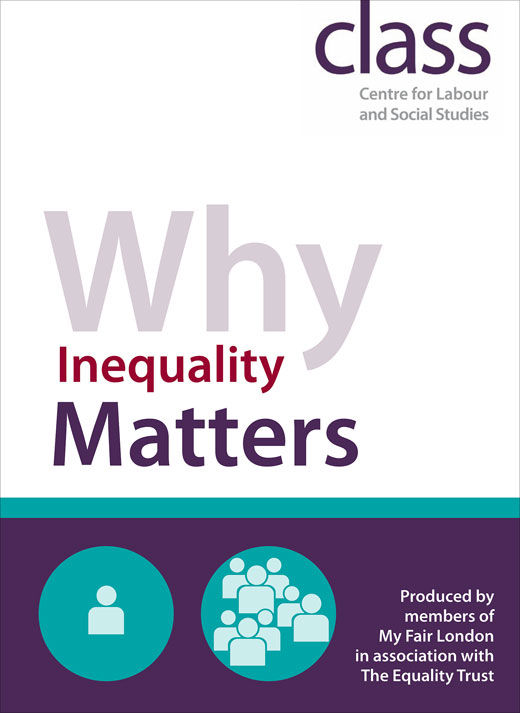 The publisher is Equality Trust and Class.

Why Inequality Matters © My Fair London 2012.

A Fair Income Simon Duffy explains how the tax-benefit system can be reformed to promote citizenship and families.