Under the North Star

Earlier this year I was lucky enough to spend 10 weeks in Finland, based in Tampere. Finn’s say Tampere is the Manchester of Finland, although I think it’s even closer to my home town of Sheffield in spirit and history. Before we left, my wonderful hosts gave me the trilogy Under the North Star by Väinö Linna. Reading the books over the last few weeks has been a very satisfying experience and I thoroughly recommend them.

In the trilogy, the author explores Finnish history, politics, economics and human nature by examining life in a tiny Finnish community. They are rich and multi-layered books, and I think they also offer an interesting perspective into the birth and the nature of the welfare state. 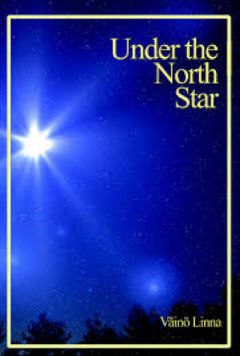 This first volume in the trilogy is centred on pre-independence Finland and the struggle of one family to win independence for themselves from the vicar who controls the Church land.

One of the many strengths of this book is the way in which the characters are viewed with great sympathy, but also with no romantic gloss. Great and petty motives are intermingled, daily trials help us understand the great forces at work in a changing society. Jussi, the working man, is no angel, the vicar is no devil. Their motives are ordinary, natural and complex.

I was particularly reminded of John Locke’s definition of the right to property, which assumes that land becomes ours when we work on it. But in this case the noble labour of Jussi, to turn marsh into farmland, only leads to a very partial form of ownership as the Vicar, backed by local landlords, reneges on an earlier deal, and takes back much of the land that Jussi had won from the swamp. This betrayal has a fateful impact on the family and on the attitude of Jussi’s children to established authority. 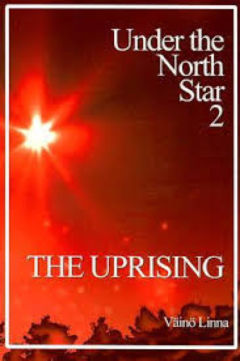 The second book in Linna's trilogy follows the course of the Finnish civil war, which raged after the Russian Revolution. In Finland the Whites, backed by Sweden and Germany, defeated the Reds, backed by Russia.

However the story revealed in the book roots this civil war, not in national politics and ideology, but in the outraged sense of justice of ordinary people in Finland. The battle cry "Shoemakers advance!" reflects precisely the prosaic reality of ordinary people, feeling oppressed and angry, but also desperately hopeful that - at last - the day of justice had arrived.

The book brilliantly outlines the way in which, by small steps, a revolutionary movement was created. Yet, after a very short period of power (where power was also quickly abused) this movement was ruthlessly crushed. Part of Linna's genius is the way in which he combines analysis of the causes of brutality and injustice with a precisely and detailed account of ordinary life - mixed with all the usual ordinary motives. The people never get lost in his story telling - the people survive even the grandest themes.

At a philosophical level Linna also reveals the irony that the heroic martyrs of the revolution wanted, above all, rights, property and some basic securities. It was a desperate desire to acquire these rather liberal goods - denied to them by middle-class and aristocratic society - that drove people to such bloody acts. The novel could almost be seen as an argument for the kind of socialism proposed by G.K. Chesterton - a socialism, not of the unified mass, but of many peoples, linked to the land, living in diverse communities, supported and sustained by just laws and systems of redistribution. In other words, the kind of non-statist socialism advocated by the Centre for Welfare Reform. 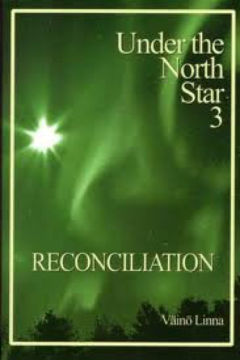 The final part of the trilogy is an elegy. The tragic impact of World War II and Finland's great losses is rather muted. This is partly because most readers already know the fate of one of the most beloved figures in the books, who is also the central character of Linna’s most famous novel, Unknown Soldiers. Partly it is that the deaths of key characters in the war are balanced by all the other deaths, from sickness and old age, of many other characters. But it is also because, unlike in the previous two books, death is now experienced as an inevitable force, driven by external factors. The earlier conflicts, which had torn Finland apart, revolved around the moral choices that individuals made. Now Finland and its people must persist, together, as the country is squeezed, almost to death, by the Great Powers. There are very few choices to be made.

Politics becomes less important, instead characters struggle with more profound questions of meaning and transcendence. The religious feelings of the women at the end of the book arise in contrast to the atheism and scepticism of most of the male actors. The complex relationship between Finland as a real material place and its people becomes more obvious. People are torn between the benefits and temptations of economic development and their loyalty to place and to each other.

One theme that runs through all three books is how people are treated in their fragility or disability. At the beginning we hear of the poor house, then the hospital and finally the county home. These places are not portrayed as good or bad - however when a character stays in one of these places then they also leave the story and the community. Effectively they enter a zone where they seem to be just 'awaiting death'. When at the end the social democrat leader Janne asks Elina why she has not put her mother-in-law in the county home Elina replies:

“Since I have the time to take care of her… And we’re afraid she’ll die if we take her there.”

This conversation reflects the ambiguities of social progress explored in the novel. Our hopes for progress, for rights, land and justice are offset by the price we must pay for them. Revolution becomes rebellion and the poor pay in blood for their thirst for justice. But when economic and social change begins to bring progress then the poor find they must pay a different kind of price, often losing their roots. But this is not some romantic nostalgia for days of poverty, need and dependence. Instead Linna treats progress itself as part of the inevitable flow of life, from birth to death, hopes are matched by disappointments, but they can also be transformed by acceptance.

For me these books reinforce the importance of understanding the real roots of the welfare state. The services we now take for granted have roots which go back much further than the modern welfare state. Societies have always tended to try and take care of each other and to find systems of mutual support. We are right to be thankful that the welfare state developed after World War II, but we should not forget that it developed only because of the sacrifice, bloodshed and horror suffered by previous generations. We must guard against our own complacency, remember the demands of justice, but also seek peace and partnership in order to live together with love.

The publisher is Aspasia Books.

The Rise of the Meritocracy Michael Young's classic attack on the arrogance and thoughtlessness of our meritocracy and failure to understand the…
Review: 01.07.13

The Journey to Citizenship - Deinstitutionalisation in Finland Finland is beginning to close its institutions for people with learning difficulties. Simon Duffy explores what can…
Paper: 15.05.14