The Problem with Mandatory Reconsideration

This article was first published by the UK Administrative Justice Institute here.

Is administrative justice for social welfare claimants being dismantled before our very eyes?

New evidence from NAWRA suggests that the policy to review decisions prior to tribunal is arguably one of “the single most significant blows to the administrative justice system of recent times”. Here, Eri Mountbatten explains the background to the research and its key conclusions.

A quite exceptional administrative justice problem has been occurring in the field of social welfare rights in recent times. It is a matter of public record that for many years the quality of decision-making at the Department for Work & Pensions (DWP), particularly for disability assessment decisions, has been regularly of a poor standard. It is also accepted that the significant reason for this level of poor-quality decision-making is the over-reliance on the widely discredited assessment reports from private contractors like Atos. There has been a public uproar against Atos, and numerous pieces of evidence link these poor assessments with poverty, homelessness, destitution and even suicide.

For example, The Spartacus Network published in April 2015 a documented list of public suicides linked to failed work-capability assessments (WCA).[1] Calum’s list is also a website dedicated to bringing together reports in the media of deaths related to WCA.[2] More recently it has come to light that the Ministry of Justice is refusing to investigate “why the Department for Work and Pensions failed to fulfil its legal duty to respond to a coroner’s report that linked a disabled man’s suicide to its “fitness for work” test”.[3] Getting decisions right is in a very real sense a matter of life and death for many.

Nevertheless, despite the chaos in the disability assessment system, claimants, vulnerable or otherwise, have historically had a fair chance at administrative redress for their grievances via Her Majesty’s Court & Tribunal Service (HMCTS). On appeal, the tribunal consistently overturned at least 40% of WCA decisions on average (according to official figures); or anything between 70% and 95% if you are represented (according to the Child Poverty Action Group (CPAG) and widespread reports from advisers and representatives themselves).

In 2013, at the same time it implemented wide-sweeping reforms to welfare policy, the UK’s Coalition Government restricted legal aid to welfare cases and cut funds to local authorities and advice agencies. Worryingly, the Administrative Justice & Tribunals Council (AJTC), the organisation tasked with improving Government decision-making, was abolished in August 2013. This is what I labelled in my Revolving Doors article in Adviser magazine as a ‘perfect storm’.

This is why, understandably, some key advice-agencies and campaigners were very concerned when the Coalition Government announced that they were going to introduce a new policy called ‘mandatory reconsideration’ as a barrier to appeal rights.

The idea behind the policy sounds reasonable. It was supposed to encourage earlier redress and better decisions, and reduce the cost of dealing with disputes at HMCTS, which had seen tribunal caseloads mounting up year after year. However, the implementation of the policy began to send worrying signals throughout advice-sector circles, including the NAWRA committee (National Association of Welfare Rights Advisers).

NAWRA did research in February 2015 which confirmed that many vulnerable claimants faced often insurmountable barriers to justice, including widespread administrative maladministration and verbal intimidation and coercion by DWP decision-makers.

In order to have an updated picture of the operation of mandatory reconsideration (MR) in practice, and in order to feed into the March 2016 Social Security Advisory Committee (SSAC) review most effectively, NAWRA conducted further research, one year on, in February 2016. What is now confirmed should shock us all into making sure that something changes and justice is restored.

The response was recently submitted into the SSAC review and you can see a full copy of the results from the NAWRA website here.

The research found that confusion was prevalent, often leading to insurmountable challenges and additional barriers for vulnerable claimants. Challenges noted in the qualitative data were mostly linked to administrative issues and problems and with the written and verbal explanation process, including:

The report notes the drop in appeals to tribunal since the introduction of the MR process. It also makes a number of recommendations for change that could be made to address some of the problems highlighted. These include developing an equality impact review of the MR process, a commitment to a more inquisitorial approach to evidence-gathering and decision-making, incorporation of the principles of administrative justice within all DWP decision-making, and improvements to communications to help make them more accessible. 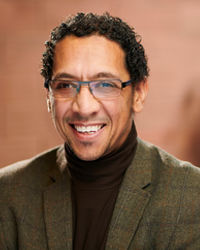 Fight Back A report from Cyngor ar Bopeth Ceredigion Citizens Advice Bureau, written by Eri Mountbatten, on the impact of…
Paper: 22.04.15

Work Capability Assessment: deaths and suicides This report from the Spartacus Network draws together accounts of death and suicide associated with the WCA.
Article: 09.03.16

Rights and the Welfare State Simon Duffy describes how the welfare state has been organised around a model of state-paternalism - not human rights…
Paper: 28.07.15

Spartacus ESA Mythbuster Members of Spartacus Network bust the dangerous myths and misinformation that has grown up around ESA.