The IUCN World Conservation Congress is the largest gathering of conservation expertise globally, and the only forum on biodiversity with outcomes decided by governments, civil society and indigenous peoples together.

In attendance were the Presidents of France, Greece and Costa Rica, plus the actor Harrison Ford. We have been to many events of various types over the six years since starting our What do you love about your life?interview project, but never as accredited members of such a large, international press pool.

As well as sitting in on many presentations and press conferences, we recorded 20 interviews (and one in which we were the interviewees) with citizens of 11 countries.

Although we wondered ahead of time whether traveling during a pandemic would be worth the extra worry, we had a wonderfully productive time. (Watch the Citizen Network TV Youtube Channel in the coming weeks, where we’ll post the interviews.)

We should also mention that we had probably the best BnB hosts we’ve ever had (and we’ve had a lot of them)!

Excursions away from the conference had us hiking in mountains, swimming and boating in the Mediteranian Sea, and playing traditional Irish fiddle music in the Old Port area of Marseille. We received invitations to visit five African countries, places in Central and South America, and to lecture to new employees at the Living Rainforest in Berkshire.

One aspect of the conference of deep concern to us, however, was the lack of disability representation. While we saw attendees with visible disabilites, it was a very small number. Indicators that the organizers had planned an inclusive event, such as sign language interpretation from the stage, were completely absent, as was the theme of voices of the disabled absent from the agenda. We spoke with the Biodiversity writer for the Guardian newspaper, and she is interested in Conservation/Disability angle, saying that she feels it hasn’t really been reported on at all. If you are interested in exploring the intersection of disability and conservation (climate change, biodiversity, and a clean environment) get in touch. We plan to change the world regardless, but we need your help to do it with grace.

Perhaps the most consequential outcome of the Congress was the formal approval by the members of a much anticipated motion to protect at least 30% of land and ocean by 2030, known as 30x30.

Let’s make sure that the 15% of the world’s population living with disabilities (who will be more effected by changes than most) have a strong voice in designing the future. 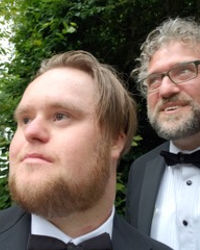 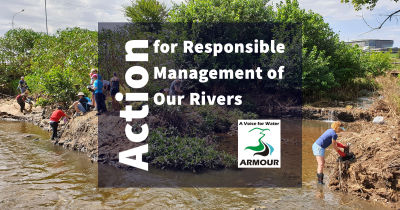 Action for Responsible Management of Our Rivers ARMOUR, the remarkable story of saving rivers and building community across South Africa.
Article: 12.05.21 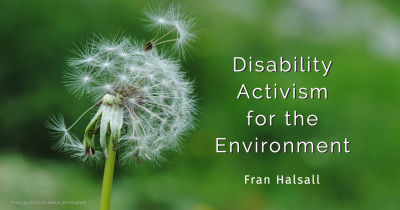