Neil Carpenter's book Benefits on Trial describes the harmful impact on people with learning disabilities of the DWP's policies and the welfare reforms which changed how disability benefits worked.

Benefits on Trial is based on my work in Cornwall since 2012 as a volunteer advocate with adults who have a learning disability. In recent years, that work has increasingly concerned benefits cases: helping people with their PIP and ESA applications; accompanying them to assessments; requesting reconsideration of decisions; and taking cases to the tribunal stage. That experience – particularly of tribunals - triggered the writing of Benefits on Trial.

The book describes how six people - for all of whom names have been changed to protect their identities - have to battle with the Department for Work and Pensions (DWP) whose system, with built-in hurdles, is loaded against them. Two of them – Danny who has ABI and Thomas who has Down’s syndrome – figured prominently in my previous book, Austerity’s Victims. The others are Ben, Jon, Tony and Denise: Ben has fibromyalgia and ME as well as being on the autism spectrum; Jon has Global Developmental Delay; and Tony and Denise both have an unspecified learning disability.

Benefits on Trial builds up a detailed picture of each of the six people, their current lives and events in their past which have helped to shape them. The experience of Denise described below – her early years and her application for benefits – serves as an example of the inhumane treatment suffered by all six at the hands of the DWP.

When she was eight, she had the first of what turned out to be many epileptic seizures. Because of the way in which they have affected her memory, she cannot remember either much of the detail of her life after the seizures started or what her life was like previously. A member of staff at her day centre, however, who went to the same secondary school recalls both appalling bullying there and later when she was nearly twenty a sexual assault that was taken to court.

Not the start in life that most of us enjoyed and one that cries out for compassion. Instead, from the state, the reverse was inflicted upon her. She, like all the others in this book turned down for PIP, was left with an income which no-one should be asked to survive on. Her £107.50 in 2018 was only 26.86% of the UK median per week, 28.27% of the equivalent median for the South West and 39.99% of the Joseph Rowntree Foundation’s UK Minimum Income Standard. Her situation was made far worse by the fact that her husband, George, who also has a learning disability had no income and therefore the money she received had to provide for two people.

Benefits on Trial describes her prolonged fight to transfer to PIP. A key part of this was countering the distortions of the DWP. For example, her assessment and subsequent references to it misrepresented her learning disability. Even though evidence was given in the medical records we had submitted, there were three references in the pack of appeal documents which cast doubt on her disability. One of these references - "You do not have a diagnosed sensory or cognitive impairment" - illustrates how distorted the DWP representation of her condition was.

At her appeal which was heard in June 2020, the outcome was successful for Denise. Having been given no points in both areas in the original decision and at the Mandatory Reconsideration stage, the tribunal panel gave her 11 points for Daily Living and 10 for Mobility, resulting in a standard award in both areas. Such success at the tribunal stage is typical of the cases described in Benefits on Trial.

The fact remains, however, that the tribunal decision for Denise came three and a half years after she had first been turned down for PIP. Over those forty-two months, she had been confronted by all the hurdles created by the DWP and had fallen initially at several of them – only to pick herself up again and again. For this long drawn-out period during which she endured acute stress that triggered panic attacks, she had been left, with no follow-up enquiries from the DWP, in a state of relative poverty. A successful tribunal decision is small compensation for what she had been put through.

Hers is a typically painful example of the pressure and distress inflicted by the DWP. Where the state should help someone like Denise after her experiences in childhood and adolescence, it instead intervenes through the procedures of the DWP to make her life even worse.

Denise and the other people in my book are not isolated examples of injustice. The DWP’s own statistics show that the success rate of appeals against PIP decisions for people with a learning disability is approximately 90% in the three most recent years for which figures were available when Benefits on Trial was published.

What then should be done to tackle this injustice? Above all, the culture of the DWP has to change. When it has turned down the benefit applications of the people in my book and left them in relative poverty, not once has it followed up the impact of its decisions. This failure to show a duty of care – this lack of humanity – is unacceptable.

Equally unacceptable is the attritional approach of the DWP – a key aspect of its culture - that attempts to grind people down until they lose the will to fight. Danny is someone who after a motorbike accident in 1980 had to learn how to crawl before he could walk and had to rebuild his life gradually over many years. His treatment by the DWP is typical: having failed to remove his ESA in 2016, within three years it was trying to deny him PIP.

If that culture changes, specific aspects of the operation of the DWP then need to be tackled. First, it must make constructive use of the information that is already available to its officials instead of – for example – ignoring previous tribunal decisions as if they hadn’t happened. Second, it must make reasonable adjustments instead of sending a thirty-three page PIP application form to someone like Tony who cannot read and write.

Finally, the quality of assessors has to improve. One question from the ‘Health Professional’, a supposed ‘expert’ according to government propaganda, at Thomas’s assessment is enough to demolish that ‘expert’ status. His parents were asked of his Down’s syndrome: "When did he catch it?" The crassness of the question would be laughable if it were not so serious.

Until those changes happen – and obviously more are needed than the three I’ve mentioned - the DWP will stand exposed by the evidence of my book. The current benefits system, with the sort of distortions that denied any "diagnosed sensory or cognitive impairment" in Denise, does not need minor tinkering; it instead needs to be replaced by one that takes fair assessment as its guiding principle. If that happened, someone like Denise would not have to wait forty-two months, deep in poverty, to overturn a DWP decision to deny her PIP.

Read more about the book Benefits on Trial here. 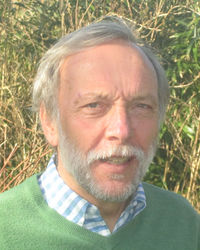 Author and volunteer advocate for people with a learning disability 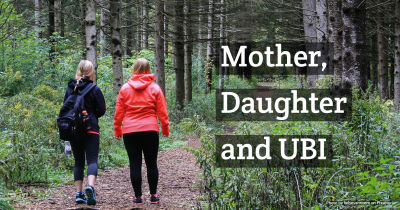 Mother, Daughter and UBI A mother and a daughter, both living with disabilities, explain why they believe UBI would be transformational for…
Article: 28.01.22 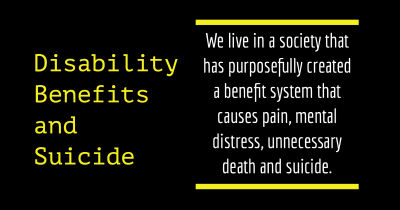 Disability Benefits and Suicide A Channel Four documentary has revealed the cruel nature of the UK's disability system.
Story: 03.12.18 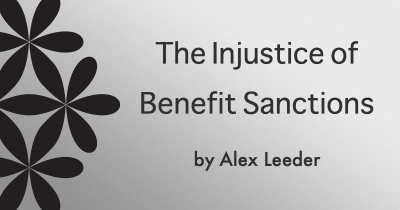 The Injustice of Benefit Sanctions The welfare system has become punitive, even more bureaucratic and humiliating. It delivers pain instead of support…
Article: 22.09.13

Impact of PIP on Social Care This analysis was carried out on behalf of We Are Spartacus and estimates how the end of DLA will hit local government.
Article: 25.02.20 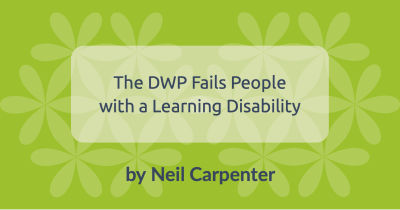 The DWP Fails People with a Learning Disability Neil Carpenter describes the barriers to justice and economic security created by the DWP's systems.