I was a volunteer for the Motor Neurone Disease Association (MNDA) for around two years, a role that involved visiting people who were terminally ill. The work involved some advice giving in the form of signposting, but it often became befriending, providing, as far as possible some emotional support and patient compassion.

There are strange moments that greet us in this life, moments that may seem entirely unjust, and out of sway with our usual complacent order. I was met with one such moment when I was told by a client I visited that he wanted to die – he was of course dying (MND is terminal), but he wanted the choice, the reaffirmation of control over his body, which in all sense of the word, had been robbed of its physical power and autonomy.

His mind had lucid clarity, which is an eerie part of MND, the muscles deteriorate but the mind remains free to witness the weakening and wasting of its muscles, which typically ends in asphyxiation. I had no doubt that he understood his wish – which involved leaving behind a wife, children and grandchildren also – yet he was unable to act upon his wishes. At the time, I did not have a good answer for him, nor was I or anyone else close to a solution for his condition – so I sat there, maintained a smile, and tried desperately to console.

Henry James the Anglo-American writer eloquently stated "Live all you can; it's a mistake not to," which may sound laudable, but if your life is curtailed by a terminal illness, restricted or limited by circumstance, then what recourse does one have. Surely modern life, for all its faults, should champion independence and dignity, whether in sickness or in health. This is why it was shocking when 72% of MP’s voted against the Assisted Dying Bill. The proposed bill below, which appears temperate and merciful states that a person who is terminally ill may request and lawfully be provided with assistance to end his or her own life, providing they are over 18, have the wish and the mental capacity and have a terminal illness where they are not expected to survive for more than six months.

The 72% of MP’s that voted against the motion, according to the campaign website Dignity in Dying, is completely at odds with public opinion, which found 82% of people in the UK support a change in the law on assisted suicide. Such a disconnect between the will of the people and the actions of politicians hardly comes as an earth shattering shock, however in a debate that surrounds an issue that will inevitably effect so many, surely popular opinion must come to count for more.

This debate is currenty resurfacing as Noel Conway, who is 67 and has motor neurone disease, is seeking a judicial review of the 1961 Suicide Act, which makes it a criminal offence punishable by up to 14 years in prison for anyone to assist in a suicide. The campaign group Dignity in Dying is supporting the legal bid.

A common argument against assisted dying is the so-called slippery slope argument, an argument that was perhaps best parodied by the writer Martin Amis. The author said in an interview that he believed Britain faces a "civil war’ between young and old, as a ‘silver­tsunami’ of increasingly ageing people puts pressure on society: There should be a [death] booth on every corner where you could get a martini and a medal" (see Davies 2010). Amis’ comments were met with controversy – as is frequently expected with Amis – from anti-euthanasia groups, who perhaps failed to realise that Amis is a satirical writer. The slippery slope argument sees the allowing of assisted suicide as an eventual descent into the depths of a chaotic and untramelled approach to death, open to abuse by people preying on or pressurising, the sick, elderly and disabled. It may come as a surprise to the people who peddle this shop-worn argument – the abuse and exploitation of these vulnerable groups is already happening, ask any social worker, doctor or nurse – which is why we have safeguarding networks are firmly in place.

When terminally or irreversibly ill people have the desire to end their lives and are refused, the consequences can be dire. This was tragically demonstrated by Tony Nicklinson, who after losing a High Court battle to allow Doctor’s to end his life, died six days later from Pneumonia, the onset of which was almost certainly exacerbated after he refused all food. It is not clear whether this was an intentional suicidal hunger strike or the actions of a defeated man, a man who described himself as "crestfallen, totally devastated and very frightened." Ideologically, Terry Eagleton describes the hunger strike as (Eagleton, 2005):

"…unmasking the irony of being kept alive by those who in some more fundamental sense are out to destroy you… of laying one’s death dramatically at someone’s door… Death is a solution to your existence, but also a commentary on it."

Tony Nicklinson’s refusal of food seemed to carry defiance towards a law that in this case, lacked the humility and dignity to bestow some mercy upon a man weary of a life devoid of hope and filled with fear.

A useful source of discussion and textual debate that has informed our views on death comes from both philosophy and religion. The religious argument against suicide that has dominated the West comes from the Judeo-Christian tradition, whereby sacrifice and crucifixion remain enduring motifs. Suicide, Saint Augustine determined, was an unrepentable sin; Thomas Aquinas also defended its prohibition on the following grounds (see Kholbi 2015):

The crucifixion and following resurrection of Christ is seen as an ultimate sacrifice to save others, a noble and selfless subtraction of life – one life must suffer and die, to save all other lives henceforth. Suicide in comparison is often viewed as a selfish act, the subtraction of life to end intense suffering, with the cost being the suffering and grief of those loved ones left bereft and behind.

Another objection against suicide, one that also follows for assisted dying, is the preciousness of life. That life is a gift bestowed upon us, and therefore to expedite the inevitable, is a violation of the value of human life. Philosophically this is expressed by deontological ethics, frequently attributed to Immanuel Kant (Kholbi, 2015):

That life is a gift may seem obvious or pertinent to some – those whose life is bearable, possibly even happy – but for those in the throes of serious mental or physical illness, the point will not give much comfort and may seem patronising. The last thing you say to someone who intends to end their life is “you have everything to live for”, you stop telling them your views and you listen to them.

David Hume gives perhaps one of the most eloquent arguments in favour of suicide and the counter to the above argument:

"That Suicide may often be consistent with interest and with our duty to ourselves, no one can question, who allows, that age, sickness, or misfortune may render life a burthen, and make it worse even than annihilation. I believe that no man ever threw away life, while it was worth keeping."

Hume’s argues that if life’s worth under-weighs its misfortune, then suicide, for Hume, becomes an acceptable act. There are of course worthy arguments against legalising assisted dying. Baroness Ilora Finlay, a professor of palliative medicine, debated in a recent TED talk citing the prevalence of depression in patients that have been diagnosed with a terminal illness and the complexity this adds in assessing their mental capacity. I understand this factor could make a capacity assessment more complex, however I am sure more unnervingly complex would be coming across a terminally ill person who was not depressed – this inevitability seems obvious. Palliative care continues to advance, making death more cushioned and comforting than ever before, diagnoses can be incorrect and predictions of when the date of departure will be are often proved wrong by a patient living much longer.

Disability studies provides both an emotive and analytical lens through which to view ideas of assisted suicide. The topic is quite rightly fraught as it raises questions as to how bearable life can be as it detoriorates through illness or impairment and whether this sends a message that death is preferrable to such suffering. Indeed Baroness Campbell, who has spinal muscular atrophy, founder of the organisation Not Dead Yet, stated (The Guardian, 2017):

"If the law was changed it would feed into society's fear that being very disabled like me is a state worse than death. We already have to fight to live; a right to die would be a huge and frightening burden."

Medical interventions that seek to ameliorate painful conditions relating to disability can engender deep rooted fears of the heinous historical treatment of people with disabilities. Theodore Adorno stated that "to write poetry after Auschwitz is barbaric," as though the aporetic act of the extermination of Jews and people with disabilities, had sundered art in two - poetry could no longer piece together the torn fragmentary parts into a coherant whole; art being no longer able to function as a conduit between grim reality and aesthetic beauty. As history moves forward gathering ground away from such events, we hope they remain in a past never to be repeated.

A central feature of the disability movement and subsequent studies, have argued for the principle of autonomy of disabled poeple and their lives. As Tom Shakespeare points out, disability rights campaigners have fought for independent living, meaning the right to choose where to live and how to be supported. Autonomy in healthcare with the right to full participation and consultation in medical treatment, or the refusal of unwanted treatments is also a prominent feature. He therefore argues that it would be inconsistent for disability campaigners to support freedom of choice in all areas of life, aside from death; or the right to dominion over ones death.

My emotional investment in this argument, the emotiveness engendered by the topic is hard to side-line, making my arguments at times, partisan rather than impartial. Assisted suicide is a debate that quickly becomes swayed by the force of passion, veering from one side to the other, yet it is only by reasoned and rational argument that we can begin to broach a topic of such magnitude. Wrapped up in the daily swirl of life, we pay little heed to our inevitable defeat against decay – death is the ultimate axiom that all life turns upon – yet we forget its ubiquitous presence, in purposeful ignorance we continue the insouciance of our lives, however if we discount death, and all its importance we discount our lives.

Hume D (1777) Of Suicide and of The Immortality of the Soul.
Available at: http://www.davidhume.org/texts/suis.html

Walsh F (2017) 'I fear being entombed in my body' - suicide legal challenge. The Guardian, 7th January.

Editor's note - I would like to thank Michael Balkow for sharing this thoughtful and well-argued essay. As it stands the Centre for Welfare Reform does not support Assisted Suicide, however we recognise the need for thoughtful and balanced debate.

The publishers is the Centre for Welfare Reform. 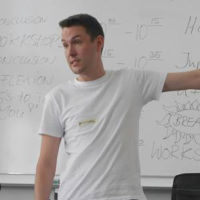 Dying with Dignity This report explores how personalisation could transform end of life care. It outlines the approaches necessary to…
Article: 26.05.17