Michael became interested in social care through his voluntary work. He spent three years as a listening volunteer for the Samaritans and two years as an Association Visitor for the Motor Neurone Disease Association. Whilst undertaking an MA in social work Michael completed a placement at the Burton Street Foundation, a community centre for adults and children with learning disabilities. This was his first direct experience of working with people with disabilities and Michael continued to work there as a support worker upon completion of his placement.

Prior to this Michael had always associated disability with limitation, however at his placement he met some of the most intelligent, joyful and inspiring people, who were able to live fulfilling lives with the help and support of their families and social care networks.

Michael currently works as a social worker with the children and disabilities team in Sheffield. He hopes to undertake a PhD in social work in the next few years. Michael's research interests are currently broad and include areas such as the structure and process of parenting assessments in care proceedings, children with disabilities who have been subject to neglect, and the transition of children with learning disabilities into adulthood.

Although he has never formally studied philosophy, Michael finds the subject often intriguing and highly apt at encouraging critical thought and reflection; a vital part of being a social work practitioner.

Social Work and Disappointment Michael Balkow argues that social work is inevitably a profession that must attend to the inevitable limitations of…
Article: 26.05.17

Assisted Dying Michael Balkow argues that compassion and respect for the autonomy of those with terminal illnesses requires change…
Paper: 04.02.19 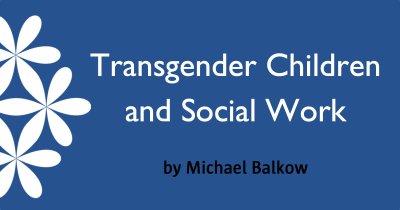 Transgender Children and Social Work This paper explores how social workers and professionals can approach an understanding of the complexity of working…
Paper: 07.12.19 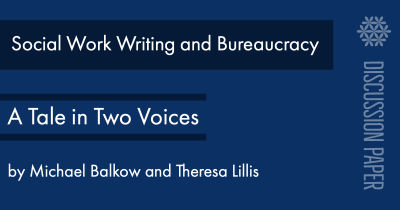 Social Work Writing and Bureaucracy Why has writing reports, plans, case notes and assessments come to dominate everyday social work, often at the price of…