Aarne has been working with the Service Foundation for People with Intellectual Disabilities (KVPS) in Finland since 2002 and is currently their Development Manager.

Aarne has been working for independent living, person-centered planning and self-autonomy for people with intellectual disabilities.

In recent years Aarne has been leading a pilot project together with FAIDD to develop and try out self-directed support in Finland. Co-operation with In Control and now with the Centre for Welfare Reform has played a big part in its development.

Aarne is very interested in people’s abilities and was a co-founder of Vimmart, a school for equal arts, in 2005 and has been leading the school since. Vimmart provides high standard music training for people with different needs, but works for inclusion so is open for everybody. Currently Vimmart has 60 students.

Aarne lives in the city of Tampere with his two little children, who matter very much to him.

I Know What I Want Aarne Rajalahti shares lessons and stories from the early development of self-directed support in Finland.
Webinar: 11.06.20 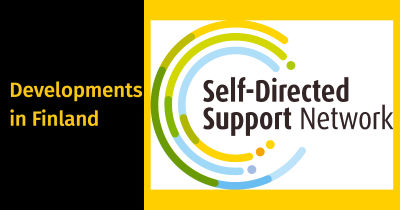 SDS Network: Developments in Finland Leaders in self-directed support in Finland explain how systems are beginning to move towards and some of the early…