Thanks to the WOW Campaign Parliament debated the need for a Cumulative Impact Assessment in the House of Commons.

Thanks to the ongoing efforts of the WOW Campaign and the support of Debbie Abrahams MP and Kate Green MP there was a debate in the House of Commons on 19 December on the need for the Government to provide a Cumulative Impact Assessment on the impact of cuts and welfare 'reforms' on disabled people.

Debbie Abrahams began the event with a powerful speech which gave a very good overview of the range of cuts experienced by disabled people and the devastating this is having on the lives of millions of people.

In advance of the debate the Centre produced a report which analysed the arguments that the Government has been making to explain why it refuses to evaluate the combined impact of its own policies.

You can read the report at:

Full details of the debate are available in Hansard, which you can read at:

WOW Voices provides a powerful summary of the debate via Twitter at:

Dr Simon Duffy, who wrote the Centre's report and has carried out several detailed cumulative impact analyses of the Government's programme, said:

"No reasonable person would accept the Government's reasons for refusing to carry out a Cumulative Impact Assessment. Several analyses have already been carried out and the Government has all the resources and data necessary to create an analysis which is even more powerful and detailed. The only plausible explanation for the Government's refusal is that it knows that its policies have caused avoidable harm, impoverishment, suicide and death.

"It is, of course, deeply upsetting that, 8 years after the Centre began tracking these issues the Government has remained on its destructive course. However we can be thankful that the WOW Campaign did not give up hope, and that it has ensured some accountability continues, and it is encouraging to see Labour Shadow Ministers like Debbie Abrahams and Kate Green demonstrate such a good understanding of the complex web of harmful policies in which we are now enmeshed. I agree with Debbie Abrahams that we must develop a new model for welfare and a new social contract - not based on the negative and failing assumptions of the current government - but one that encourages and supports the gifts and talents of all people, through the whole of life." 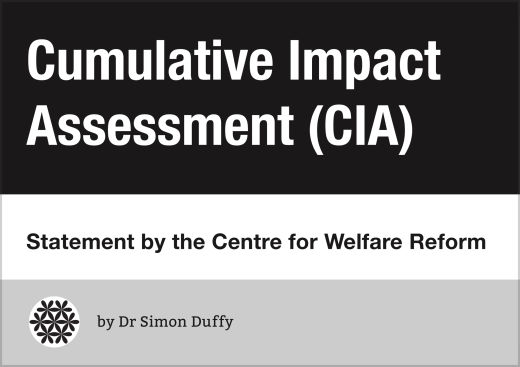 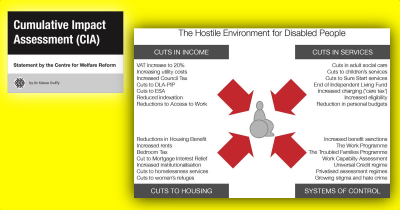