Towards Development from Within

Kabanda Mwansa, who is from Zambia, attended the course in People Based Development held at Manavodaya Institute, February 2018. This course welcomes international students in social work and economic development to learn about Manavodaya's approach to human development which has been a powerful strategy for community change in India and has been inspiring social workers and other development workers for decades.

The fact that this programme brings into perspective people at the bottom rung of society that need attention more than any other group makes it very worthwhile. Development, as we know today, is defined by people who lack its real understanding because they see it from a different context all together. The participants in this programme got to know and appreciate that solutions to societal problems should not always be determined from the top. People having power through institutions and status should not do so at the expense of people at the bottom rung of society.

The scenario today is that the gap between the powerful and the voiceless is getting bigger in all societies. In international development, the donor-recipient relations have influenced programme implementers to behave in a top down manner due to the deep rooted hegemonic colonizing practices that pervade international development work. Relevant here is the Foucauldian theory, positing development as a discursive formation. A discursive formation is a historically rooted system in which particular statements and acts make more sense than others do. When applied to development, this approach looks at development as a historically and culturally specific form of rationality, which is inseparable from related regimes of practice and configurations of power.

Against this background, this programme has tried to shift from these traditions by focusing on empowering the people at the bottom rung of society. The Indian context validates the programme further as in India traditions have labelled some groups as low class citizens who do not deserve to be in the hierarchy of Indian society, whatever happens. The programme tries to fight this as a starting point by deliberately engaging in participatory programmes for the affected communities so that they gain a voice and influence a paradigm shift in ways the society looks at them.

Participating in this programme has made me more open minded due to a wide cultural understanding I have gained from it. The emphasis that social change should first start from within me has made me realise how important it is to focus on my own personal experiences when I want to activate change in others. The programme emphasizes on people driven change rather than from the mandate of outsiders like government and the NGOs. It explores risks and opportunities involved in the scaling up of social change programmes collectively at the bottom rung of society. It provides appropriate tools of intervention to deal with the challenges that come with it.

So far my perspective has been to tackle problems in under-served communities by using already packaged approaches from the influential top. But now, I have learnt something different. That is to say, the affected people themselves need to identify what they are lacking and how they want their lives to change.

The three most important points of learning for me are quite clear:

Aspects of the programme that I liked most I think is informality of the programme; it made participants more open. The diverse methodological and theoretical concepts like participatory action research, new forms of partnerships, power relationships, consciousness, paradigm shift and development from within were so interesting for me, and the way they were fused into the programme made it even more interesting.

The idea of practically going into the field made the programme even more interesting and broke the monotony to sitting in class on daily basis. However, I think the aspects that could be changed include sub-contracting some lecturers on different topics to break the monotony of having the same voices in the programme. I felt the international participants also needed to be encouraged to do some simple practical or written assignment before or after every field trip so that their experiences are fully put into context.

The programme could be formalised as an academic course calling it Participatory Rural Development Course. It could be offered as a research methodology of Participatory Action Research to international students for use in their various research works.

Alternatively, the “Development from within” concept could be offered as a full package to local and international NGOs and government workers from both the Global South and the Global North. This is because it motivates participants to be vigilant of their own thoughts when it concerns development and social change in their formal responsibilities.

You can find out more about the Manavodaya Institute at: www.manavodaya.org

Towards Development from Within © Kabanda T Mwansa 2018. 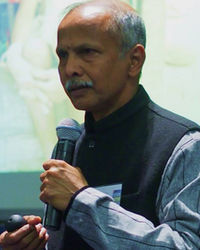 Development from Within in 60 Minutes Erna H. Majormoen explored whether the principles of development from within, taken from Manavodaya, could be…
Article: 19.09.14

Travels in Human-Based Development Pete Richmond sets out what we can learn from Manavodaya a development organisation based in India and the UK, in…
Inspiration: 08.05.12

Development from Within Varun Vidyarthi and Patricia Wilson explore the power of group reflection for achieving sustainable change in all…
Inspiration: 01.06.10