How the Eight Steps Help

In 2012 a small group of workers in Tyneside met to think about how Manavodaya’s approach might be relevant on Tyneside. The group was made up mainly of professionals who work with people with learning disabilities and a couple of people working in community development.

The discussions centred on what the principles of the Indian organisation Manavodaya meant to personal development and social justice work in Tyneside. We mean by social justice work where a facilitator (volunteer or paid) is working with dispossessed or oppressed people to support them to claim equality.

We felt that there was a lot of useful practice in Manavodaya that could help us stay focused on why we work with people instead of getting lost in bureaucracies and a target driven culture. One member said the key question that Manavodaya raised was:

"How can we be more human in the work we do?"

Much of Manavodaya’s thinking is about how this work can be made strong and successful by the facilitator being humble, truthful and compassionate. This approach is only authentic when the facilitator lives these values in all of their life. Manavodaya sees the commitment to practicing the Eight Steps of Action as the minimum for facilitators to develop strong moral values in our personal and public lives which can lead to real development of social justice work. We strengthen our core values personally in order to build social justice effectively in society

Six of us met through November to explore the Eight Steps in Action and to consider their relevance to our lives and social justice work in Tyneside.

Our Interpretation of the Eight Steps

We decided it was important to personally give money but it was difficult to stop donations ending up as token gesture. Nonetheless, giving was important for the donor’s personal development.

We thought this was needed as we all need time to stop and think alone about how we are behaving, how we want our lives to be and how we are being compassionate to others. This can be through thinking alone, meditation, pausing at different times of the day. Our experience of doing this generally helped us to be less angry but more effective in social justice work.

We needed this to support and challenge each other (gently) to stay on track and not to become too distracted or pulled into a projection of ourselves as faultless human beings.

We agreed that along with speech control came creating a space to listen to others and this was a good demonstration of humility. Speech control did not mean being silent in the face of injustice but trying to be brief and effective.

6. Working on our faults

This was the most controversial discussion. We debated about whether focussing on negative aspects of the problem creates a consciousness of more negativity. Some members thought specific acknowledgement of faults was important in order to work upon them.

We did reach agreement that when working on our faults, whether we used the method of positively building awareness of the needs of ourselves and others or directly monitoring our cravings and questioning why they were important to us, the method was not as important as the willingness to learn and develop.

We became aware in this discussion of how we individually can contribute to sustaining companies which we know are exploitative rather than investing in ethical companies – for example, using Sainsbury rather than the Co-op. We accepted that this had to be an individual matter dependent on what could be practically done.

We agreed this was important for men to share the housework and not slip into the cultural norm of women doing more than their fair share. We accepted that this was not a dogmatic doing half of everything but it is important dividing up the minutia of cleaning, child care and housework fairly. 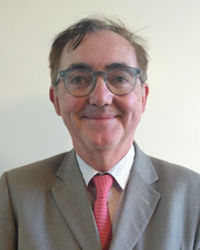 Manavodaya - The Art of Facilitation Carl Poll introduces the work of Manvodaya and outlines the art of facilitation and the 8 rules for action
Film: 31.07.13

Manavodaya This film is about Manavodaya - a people based approach to social change which has empowered some of the poorest women in…
Inspiration: 08.05.12

Travels in Human-Based Development Pete Richmond sets out what we can learn from Manavodaya a development organisation based in India and the UK, in…
Article: 17.07.17

Development from Within in 60 Minutes Erna H. Majormoen explored whether the principles of development from within, taken from Manavodaya, could be…
Review: 01.01.11

Development from Within Varun Vidyarthi and Patricia Wilson explore the power of group reflection for achieving sustainable change in all…
Film: 27.01.12

Learning the Art of Facilitation Carl Poll talks about Manavodaya, the art of facilitation and the importance of the inner dimension of work with real…