Pete has worked in both the public and not-for-profit sectors and has a long history of involvement in the socialist and trade union movements. He is the CEO of the Partners for Inclusion Group (PFI) in Scotland an organisation that mostly supports people who have had labels of Learning Disability, Mental Health needs or both.

PFI grew out of Inclusion Glasgow a pioneering organisation that Simon Duffy founded. In subsequent years PFI now support many more people than it originally intended, simply because individuals and families want bespoke support rather than fitting into pre-existing institutional arrangements. However, Pete feels the focus has not been on growing the organisation but on helping the people we support to grow. They have supported people to respond to the challenges and opportunities that come their way, so that they can continue to grow and develop.

“Whilst the Partners for Inclusion Group has evolved as people’s lives have moved on, they have ensured that our fundamental philosophy and culture informs structures and practices that can deliver real change and ‘truly person-centred services’ in a context of respecting the Human Rights of all.”

After visiting Manavodaya a people based development organisation in based in Uttar Pradesh India, Pete and friends founded Manavodaya International UK in 2010.

“A lesson from Manavodaya is that a real paradigm shift has to include a shift in the power dynamic - from the bureaucratic centre of an organisation to individuals finding their own solutions for themselves. For an individual to take greater control they need knowledge - not just learning what potential ‘services’ are out there, but learning from peers about how others are finding solutions. For this to happen people need to come together and learn from each other’s experience and perspectives. The role of the ‘professional’ is transformed into that of ‘facilitator’ the innovators being the people themselves. This is the true paradigm shift.”

After qualifying as a social worker from Ruskin College Oxford in 1990 he worked alongside the National Development Team in supporting people with learning disabilities to move from long-stay hospitals to their own homes, through an approach known as ‘Ordinary Life’.

As well as working as a social worker for local authorities, Pete led the emergency response to Kosovan Refugee Crisis in Leeds. Here he saw people coming together even in the most difficult horrific circumstances and if given respectful facilitation hold enormous capacity to find solutions that are relevant and sustainable for themselves and their peers.

Pete also holds a Masters Degree in Public Administration. Before qualifying, he worked as a care assistant in both the public and not-for-profit sectors. He has had the benefit of learning from lots of good people both formally and informally but most of all from the opportunity to learn from those who have had direct experience of receiving paid support.

Travels in Human-Based Development Pete Richmond sets out what we can learn from Manavodaya a development organisation based in India and the UK, in…
Paper: 03.07.17 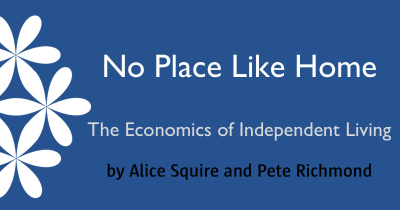 No Place Like Home Alice Squire and Pete Richmond draw on research from the Scottish Government to show that independent living can be…
Article: 08.05.17

How the Eight Steps Help Pete Richmond explored, with colleagues on Tyneside, how Manavodaya's Eight Steps of Action help to promote…
Article: 16.09.20 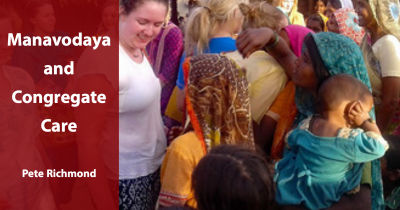