Everyone Together began as a way to bring awareness to how self-directed support can benefit all citizens.

It has grown to become both a team and project, exploring how to welcome the diversity and wisdom within all of us – citizens and professionals together.

The projects Everyone Together 1 and 2 have been funded by the Scottish government and facilitated by an inclusive team of people with lived experiences of using social care and health support. They are run by Diversity Matters, a small organisation and member of Citizen Network, based in Scotland. Diversity Matters develop inclusive ways to bring people together, welcoming diversity so that we all benefit.

The initial idea evolved from the basic realisation that almost every citizen in Scotland is impacted in some way by the social and health care systems. Either you or someone close to you will need or meet social-care support at some time in life. The divisions often made between professional, commissioner, policy-maker, person receiving support, family member, neighbour have to be thought about in a different way.

Everyone Together developed workshops to involve all citizens in a local area and for groups of up to 100 people (no matter their current role), to explore how they would want to use support now or in the future. 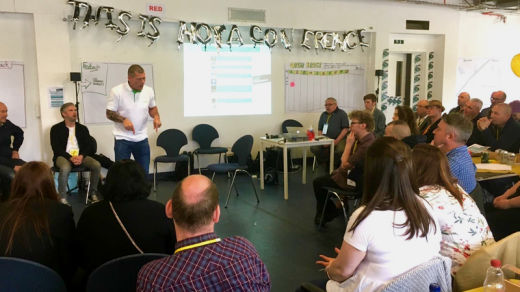 The workshops had five goals: 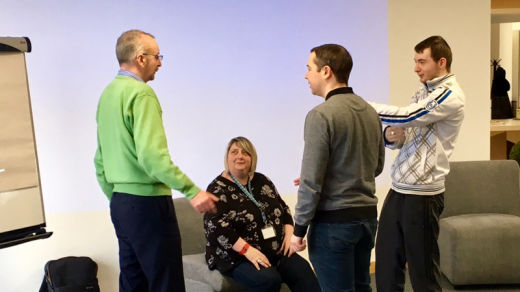 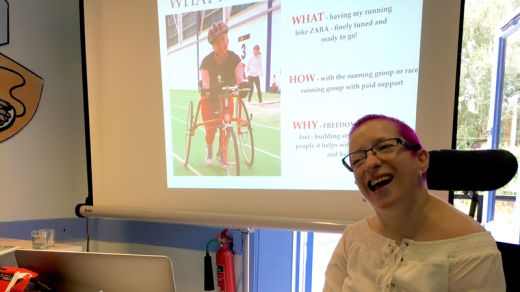 The main things we learned: 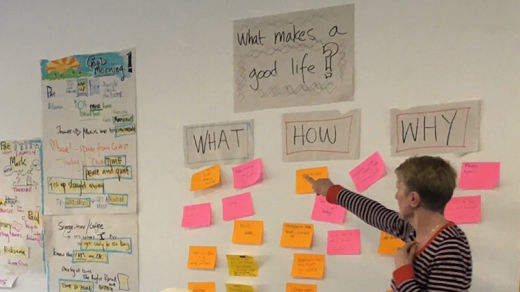 The project has worked with communities of identity and interest as well as with local areas. For example, a partnership with MECOPP in Scotland produced a series of films with Cantonese, Gipsy/traveller and Punjabi communities in Scotland, another with families that had poor reputations in the system.

Everyone Together 2 was focused on maximising creativity and has pioneered problem solving and individual budget use with a wide variety of groups. It has focused on groups that are seen as less likely to be able to use individual budgets (although this doesn’t prove to be the case) such as groups of people leaving prison, people recovering from substance misuse, people with long term mental health issues, children and families work and more.

We use a method called Deep Democracy which values and brings out the ideas and viewpoints of everyone not just the majority. One way we do this is to work with visual artists, animators rappers, songwriters, theatre directors and actors to help people identify their own wisdom and what they can contributed into their own and other people’s lives.

The Everyone Together team is now planning to set up as an independent organisation to continue this work – watch this space!