Eventually it will be safe for every child to return to school. Whilst we wait for that day to arrive, many in the profession are discussing how to create a new normal in education. There is little appetite to revert to a system of onerous testing and oversight which have caused worsening retention rates for teachers and higher levels of depression and anxiety for children. But whilst we’re thinking about the scope for systemic change, we have to realise what a new normal will be for millions of our children.

A recent survey of over 250 UK-based economists found that almost one quarter of all UK jobs are at risk due to coronavirus. The impact of this will be long felt. Food, manufacturing, administrative and retail work are all vulnerable sectors and in many cases, these jobs will not return due to business collapse or automation. For the 70% of workers who are ‘chronically broke’ as the RSA describe it, prolonged unemployment could well mean poverty. Almost a third of children in the UK already live in poverty – that’s around nine in the average classroom – and even before coronavirus, the number of children in poverty was expected to rise by 1 million in 2020. The economic catastrophe that will lie in the wake of the virus will see that number rise even further.

Family income correlates strongly with academic success; no child can develop to their potential in a home consumed by scarcity and stress. Children growing up in poverty are more likely to have lower self-esteem and self-efficacy and it’s this that will be the new normal for so many. If we’re seriously committed to our children’s wellbeing and their future success, mitigating what’s to come has to be the priority. So what role can education policy play?

First, we need to recognise the roles that teachers and school staff are expected to perform: not just as educators but as social workers, childcare providers and mental health professionals. All of these elements are essential and will be more so when schools reopen. Children will have just been through a once-in-a-century pandemic, separated from friends and worried about the health of themselves and their families. In the worst cases, some will be returning to school grieving.

In order to give children the care they will need, we should establish a national strategy for pastoral education so teachers can be equipped and empowered to support their pupils’ emotional and mental wellbeing. Resources and expertise could be pooled in a way similar to Oak National Academy and schools should be encouraged to prioritise pastoral training for staff’s professional development. This of course should not be in addition to the usual workload and substantial time should be allowed for teachers to properly talk to children about how they’re feeling, to reassure them and to foster resilience.

The worst approach that we could take is, I feel, the likeliest. It’s easy to imagine schools being placed under pressure to catch up on ‘lost’ learning but rushing back to business as usual will be damaging. For those children experiencing greater family stress at home due to financial insecurity, the last thing they’ll need is extra stress from their teachers.

There are two ways schools can be helped in this: all exams for the next academic year should be cancelled at the earliest notice and routine Ofsted inspections should remain suspended to allow schools time to readjust to their new circumstances. This would be in the best interests of children and teachers: cancelled exams would allow more time for teaching to the curriculum rather than teaching to tests and suspending inspections would send a clear signal to school leaders that data and attainment outcomes are not the immediate priority. This would not mean low standards – just realistic ones – and resources will be able to go where they’re needed most.

If we need a reminder of the urgency of this problem, we need only to look at unemployment claims which soared by 856,500 in April and an unemployment rate which is expected to increase significantly in the near future. As more families find themselves on the brink of poverty, what is ultimately in children’s best interests is to put money directly in to their parents’ hands. Arguments around universal basic income are now more pertinent to education than any others. The widespread insecurity that we’ll be soon left with could have a real, lasting impact if it isn’t dealt with properly.

We cannot abandon a generation to poverty; whilst major changes are needed in employment and social security, schools can play their part as well. They need the right framework to do so and that needs establishing immediately. 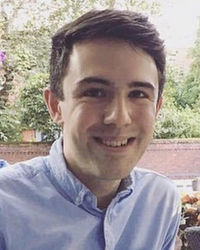 Teacher, researcher and Director of The No Barriers Foundation