A Student Nurse and the DWP

I am a single parent with an eight year old son, whom I have always financially supported myself. I am a proud person and have never claimed any out of work benefit. I was in the final month of my nurse training when I had a heart attack and cardiac arrest. 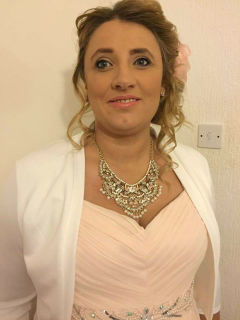 I was looking forward to finishing my training in January 2016 and starting my graduate nurse post at a local hospital in February 2016.

However I began feeling poorly in November 2015 but continued with my training until the first week of December, when I was forced to take sickness absence because of lumbago and sciatica.

A few weeks later on the 17th December I had a heart attack and cardiac arrest.

It was a life changing experience for me and, for a while, I know I was confused and fragile. I knew my student loan and bursary had ended, as my training had effectively finished, and all that was outstanding was a final exam and a few tutorials to attend. I was given sickness notes off the hospital and GP, but had no idea what to do with them.

It was all very muddling for me but in mid January, with the help of my family, I somehow managed to make a claim for ESA. I am proud, it wasn’t something I wanted to do but I had to make a claim as I had no money coming in, apart from Tax Credits for my son.

Technically to keep my training live, I am registered as returning to University, in reality my training has finished and I have to return to take an oral exam, and attend a couple of tutorial sessions. In the early days of my illness It was envisaged that I would need at least six months to recover, however I am hoping it will be sooner. If my rehabilitation programme goes well (which I start next week) and if Occupational Health declare me fit enough, I hope to attend a couple of sessions and take my final exam sometime in the next few months; with the hope of picking up my graduate nurse post in September.

In the early days of my recovery, I was sent Work Capability forms which I puzzled how to fill in. Yes, I could most likely have done some of the tasks they described but I had been given medical advice not to attempt some of the tasks they asked me to do. I was finding it hard to cope with life, and in addition I was worrying how I was going to pay my bills, until I was fit enough to work. I had already accumulated huge debt, during my training on a low income, apart from the money I owed in student loans.

I was sent to a Work Capability Test, an experience I never wish to repeat, I was told at the test that I would not need to see them again for the next six months.

My mom, informed Mike Wood, my MP, about my circumstances, who investigated with Work and Pensions, and it was only after his intervention that I was provided with a contact number at WP, to discuss my case. According to the letter provided to the MP, I am considered a full time student, and in receipt of bursary and student loan, as such not entitled to ESA.

On the 25th February I called Work and Pensions, and was devastated to be told, that I would have to walk away from my nurse training, if I wanted to claim ESA. She further advised me that if I abandoned my training I would qualify for ESA and my claim would be back dated. I since received offical paperwork from the Works and Pensions Department which confirms what I have said, and why my claim has been declined. It clearly states that if I wish to pursue my claim I have to abandon my training.

Unfortunately I am not at a stage in my recovery to take my exam and pick up my career, as I have not yet started my rehabilitation programme. However I will not give up my hard earned degree, which I am so close to achieving. I am good with my hands and although not able to resume my previous occupation as a hairdresser, this week I have started self-employment, making hair accessories to sell. I’m hoping this will bring in a little income until I am fit enough to resume my nursing career.

My aim in providing you with my story is to highlight the injustice of the present system, and the ill thought out rules which govern it. Apart from the injustice from my point of view, how ridiculous when the country is so desperately short of trained nurses. All I needed was a six months lifeline to enable my recovery, to graduate and join the pool of qualified nurses.

From my point of view, the experiences I have had these past few months, have developed my own personal growth, which I will use to my advantage in my chosen career.

What happened to me could happen to anyone, I am blessed to have a supportive family, who have helped me through this, I fear for those who don’t have any support.

Spartacus ESA Mythbuster Members of Spartacus Network bust the dangerous myths and misinformation that has grown up around ESA.
Article: 22.09.13

The Reality of Disability Benefits One man's experience of disability benefits.
Story: 13.11.13

The Reality of Disability Claims - Malcolm's Letter Malcolm Mort tells the story of his long battle to claim his disability benefits, the failings of the system and the…
Story: 08.02.13