A Response to All Lives Matter

One of the things that has come out of the most recent Black Lives Matter campaign and protests has been the notion that “All Lives Matter”. A counter-statement, if you will.

This is a notion that no-one has ever disputed, and supporters of the Black Lives Matter movement do not disagree with it.

I have heard a lot of white people becoming very defensive of themselves during this period. In a sense, this is human nature. If any person feels as though they are being ‘attacked’, they are likely to ‘go on the defensive’ – they might close in on themselves, looking to shield themselves from harm or accusation. I have had one person say to me that they feel as though “white people are being made to feel guilty”. This speaks more to me about that person’s perspective and insecurities, rather than of the motives of the Black Lives Matter movement.

Here’s the rub: when it comes to race, white people have a lot to be guilty about. Acknowledging the reasons for this is the essential component in white people coming to be at peace with this feeling. However, Black Lives Matter (BLM) is not “trying to make white people feel guilty”. If we do start to feel guilty when movements like BLM gain traction and/or media interest, it shows that the movement has caused people to think more about their own thoughts and actions – and this can only be a positive thing. Reflection is vital here.

We all agree that ‘all lives matter’. Not only this, but every life is of equal value, and BLM does not dispute this. The whole purpose of the Black Lives Matter movement is to shine a light on oppression, and fight for equality. To demand change in the pursuit of equity. The movement itself states it works “vigorously for freedom and justice for black people, and, by extension, all people”. I read their statement “What we believe” and can only interpret it as emancipatory.

When Akala’s grandfather moved to the suburbs in London, his neighbours signed a petition to “have the N***** removed”.1 There is recent footage of a police officer stopping a black man in his car, literally saying “the reason I stopped you is because you’re black”. There are a myriad of statistics demonstrating that black people are routinely discriminated against. Musa Okwonga offers us an insight into the lived experience here, writing “my cousins and I were starting to be stop-searched by the police, on one occasion merely for waiting by a bus stop. Loitering became a code word for ‘being dark-skinned in broad daylight”.2

In life – wrongly – people are ‘picked on’ for things. People are oppressed. There are people who see difference, and belittle it. None of this is right. There are groups of people who are overwhelmingly oppressed, and suffer systemic oppression. Systems work against them. In the case of black people, systemic oppression has been a reality for generations. Lynne Segal refers to this as the creation of ‘permanent underclass’:

“Twenty years ago, Martin Luther King was shot dead for his vision of a more equal society in the United States. Today, that society is less equal that it was then: the number of Black men leaving college is dropping, the life expectancy of Black men is decreasing, the economic segregation of blacks and other ethnic minorities into the worst schools, worst neighbourhoods and worst housing (if they are lucky) is increasing.”3

The fruits of systemic oppression.

As White British people, we might be oppressed by individuals because of our height, our weight, our hair colour, our accent, our choice of clothing, our wealth (or lack thereof). But - as a group of people – as a race - we have never been stripped of our assets, taken from our home country against our wish, enslaved. Nor have we suffered consistent oppression that negatively impacts on us as a group to this day. There is evidence that some minority groups, for instance, are choosing to “whiten” their resumés in America as a means of increasing their chances of employment success, such is the awareness of the continued inequality.

Racism was created from the top down, not the bottom up. Rich white people fed the public a lie that another race was inferior to our own, to justify slavery. This is what happened to black people. This is a legacy that their future generations have had to live with and they continue to feel the effects of this travesty.

“The idea of race was invented to magnify the differences between people of European origin and those of African descent whose ancestors had been involuntarily enslaved and transported to the Americas. By characterizing Africans and their African American descendants as lesser human beings, the proponents of slavery attempted to justify and maintain the system of exploitation while portraying the United States as a bastion and champion of human freedom, with human rights, democratic institutions, unlimited opportunities, and equality.”4

Today, innocent white people do not walk down the street wondering if the police will stop them. Innocent black people do. White people don’t walk around a supermarket wondering if a security guard will be following them. Black people do. White people don’t walk into a job interview wondering if their skin colour will count against them. Black people do. This is entrenched, systemic racism. It is very easy to take a privileged position for granted. It is not so easy to see, appreciate, or understand systemic racism if you are not subjected to it. I’m not less likely to get a job because I’m 5ft 6”. But I would be less likely to get a job if I was 5ft 6” and black. The statistics are there to prove this, and there is no legitimate justification for this. As white people, we don’t need to feel attacked, we need to address racism. Challenge it in our own circles.

What do British black people look back on through their family history? Many of them don’t know their ancestors; they only know that they were enslaved by white people. Many don’t know which country their ancestors originated from. They have been denied their history because of their oppression. This is of course not the case for many black people in this country, but equally it is the case for many, and it doesn’t seem fair to me that anyone has to live with this reality.

At this point in time, the police in both the USA and Great Britain, (and elsewhere), disproportionately arrest black people. Not charge. Arrest. This is institutionalised racism.5

This week, Clive Myrie has detailed the racist abuse he regularly receives. Recently, in the USA, a black family waved down the police when their store was being raided, and they were arrested. There are countless examples of police brutality against black people on social media. This is an entrenched racism which black people have to live with, day in, day out. White people do not have to put up with this.

Our colonial history is shameful. We are a wealthy nation to a large extent because of the slave trade and because of our oppressive imperialism. I appreciate our country’s wealth because it means (in spite of the incumbent Government’s continued push to widen the gap between the rich and the poor) we can live in relative comfort. I am ashamed of how this wealth was obtained and I wish it hadn’t happened. If more people and more countries promoted the notion of equality, resources would be shared. No-one would need to seek to dominate others, because we would all have enough.

I do feel a sense of guilt about our Country’s past, whilst also feeling pride in Great Britain for other things it has achieved. Our country has done a lot of good. For many years we have been at the forefront of promoting equality and fighting oppression. In my view, this has dissipated over the last 10 or even 20 years. Black Lives Matter is not fighting to make white people feel guilty. It is fighting for equality. Just like Rosa Parks did. Just like Martin Luther King did. Just like we should be.

So how do we move past guilt? This is straight forward enough. We can feel an enormous sense of pride in ourselves by knowing that we are the allies of oppressed people. Other groups who face oppression include people with learning disabilities, older adults, women, and people of particular religious beliefs – Jewish people are still terribly oppressed, often on the grounds of completely discredited and unsubstantiated conspiracy theories.

The fight for equality for women is similar. Women have been oppressed by men for generations. Men are still paid more than women for doing the same job, in many instances. This is a fight for equality which continues. Black people do not have equality, and this is the fight.

So yes, ‘all lives matter’ – but that statement misses the point. It is not a statement for this point in time and it disrespects the legitimate fight of black people to gain equality. I don’t have to put up with the kind of systemic racism that black people must, and this has gone on too long and needs to change. Now.

A Response to All Lives Matter © Alex Leeder 2020. 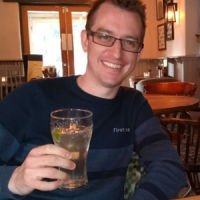