Born in Zambia, John worked in the copper mines before moving to England in 1970, settling in Sheffield in 1976 and establishing JCP in 1991. Twenty years ago in Sheffield John pioneered a revolutionary approach to dramatic business improvement, that of instilling supply chain, or upstream, collaboration: a commonsense approach spectacularly absent from British industry at the time.

John trained over 100 HMG top civil servants at Sunningdale Civil Service Training College. His book, Beyond Negotiation published in 1989 and endorsed by the great Dr W Edwards Deming, was also published in China and Italy. By the early nineties he had an impressive record of success in researching and implementing profound change through his Sheffield based firm JCP, working with Shell, British Rail, De Beers and Hong Kong Mass Transit Rail Corp. JCP became the biggest consultancy of its kind in Europe.

In 2001/2002 John was Professor and Chair of the Johnson and Johnson Leadership Development Institute at Rhodes University, South Africa. And, from 2006 to 2013 he was Visiting Professor at the Faculty of Organisation and Management, Sheffield Hallam University.

John is now Chair of the Yorkshire branch of the Socialist Health Association. 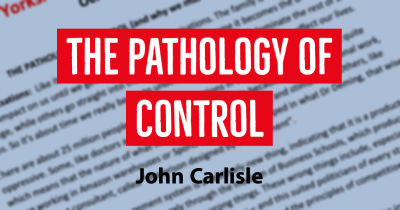 The Pathology of Control Management of the NHS and other public services often produces harm by misunderstanding people's basic motivations.
Article: 12.04.21

The Macroeconomic Case Against NHS Privatisation The economic case for privatisation of the NHS and other public services is false, in fact privatisation is…
Article: 01.09.21

Action for Responsible Management of Our Rivers ARMOUR, the remarkable story of saving rivers and building community across South Africa.
Article: 17.10.22 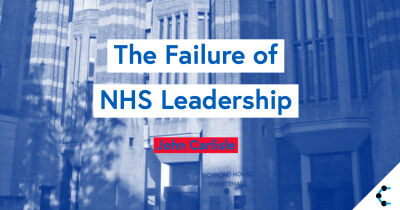 The Failure of NHS Leadership Have recent leaders of the NHS been wilfully blind or deliberately neglectful of their duties?