Les Monaghan is a photographic political artist. Les is interested in the way in which images and words can work together to help people see things afresh. His work helps people to break through their preconceptions, and aims to reveal the true values we all share, behind the artificial differences that divide us.

Les grew up in an RAF family, finally settling in Doncaster aged 15. He grew interested in photography and its possible political impact. After a time working at a local newspaper, which he found dispiriting, Les turned his attention to political art. He is currently working on a project called Relative Poverty which aims to reveal something of the reality of poverty in modern Britain, behind the statistics, stigma and rhetoric. 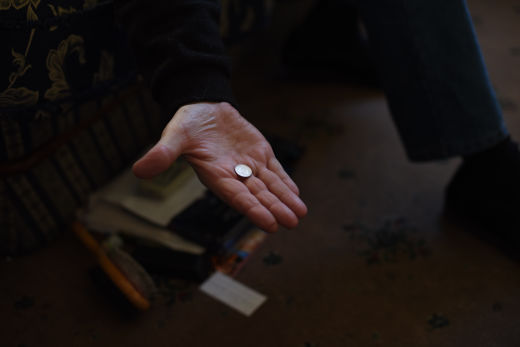 While his previous projects received Arts Council funding, this project has largely been crowdfunded by 49 individuals and Healthwatch Doncaster. He has also been supported by in-kind support from the Library Services, Unite Community .

Les has also worked with the Centre for Welfare Reform to produce a series of infographics connecting images, stories and statistics to help campaigners for justice in advance of the 2017 General Election.

The Relative Poverty website is also currently under development:

Once the exhibit is finalised Les will be working with the Centre for Welfare Reform to publish a book on the topic.

After the first exhibition Les wrote:

"Last night I had the moving experience of witnessing the reactions of the members of Doncaster Trades Council to the stories of Dave and Natasha, Dan, Kenzie, Kyle and Kali. They voted unanimously to fund the materials budget for creating the exhibit. Perhaps the best news of all, Natasha, Dan, Kenzie, Kyle and Kali will soon be moving from their damp-ridden terrace to a property with three usable bedrooms and a front and back garden.

"A decade ago an audience member at a Tate Modern event asked Martha Rosler, ‘Can art change anything?’. She replied, ‘No. But we have to try’. This is us trying. I know that some of the work I do has an affect, last year someone tweeted me in tears whilst viewing The Desire Project (2015-16) in the very public space of the Frenchgate Centre. A mum who I photographed twice for Aspirations Doncaster (2014) reflected on her teenage aspirations and realised them, becoming an actor, gaining the confidence to learn to drive and enrol at college.

"The aim of exhibiting Relative Poverty in libraries (soon to migrate beyond South Yorkshire) has always been about more than raising awareness. Whilst we know that many people are simply unaware of the lives lived by over a million people in the UK, this project bypasses the media that shields us from this knowledge but it will also show the link between this and the last government’s policies and the living conditions imposed upon ordinary people around us.

"Only a change in government will ensure private landlords provide homes fit for habitation to prevent children like Kyle and Kali growing up in damp, squalid conditions. Only a change in government will end the benefit sanctions regime that led to Dave becoming malnourished. Only a change of government will mean that it pays Niamh to work ten days in a row and have more than a bag of crisps for lunch. Relative Poverty provides a catalyst to move the debate from ‘scroungers’ and dividing the poor into deserving and undeserving and attempts to redress the balance. As one member of the Trades Council put it last night, ‘we owe it to them’. We must represent them. Thank you for your help and I look forward to seeing you on the 28th."

In his previous projects Les also explored what connects and divides us from each other.

The Desire Project involved sharing life size portraits of citizens from Doncaster alongside a statement of their deepest desire. These portraits were then published on the walls of the Frenchgate Shopping Centre in Doncaster. The images demonstrated how our deepest desires are spiritual, human and social - not competitive or consumerist.

Aspirations is a series of photographs of people alongside roles that are important to them or roles they would like to fulfil. These images not only share the diversity of human life, but they also link people together beyond the visual cues that might encourage scapegoating by race, disability or class. To be truly aspirational is not to seek more money or to out-do ones’ neighbour - it is to find a life of meaning for yourself and to support those you love. 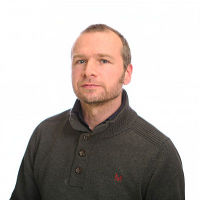