History of Keys to Citizenship

Dr Simon Duffy first started to think about Keys whilst working with people with learning disabilities in the 1990s. Simon is a philosopher, not a social care professional, so he looked at things in perhaps different ways and started to have lots of ideas and thoughts. He'd seen how bad long stay hospitals were for people, so in the early 1990s, he started to work in London in the community. Sadly he found that supporting people in the community, although much better, was still not good enough.

There was some very powerful positive ideas like ‘normalisation’ and ‘social role valorisation’ around at the time but the language used to describe what was happening was weird, complicated and not inclusive of people with learning disabilities.

There were good people who meant well - but they were using odd words and not quite getting it right for people. For example the word ‘normalisation’ seems to suggest that there was a problem with people being different. Simon didn’t agree with this. And he asked the question ‘what is normal anyway?’ Simon believed different was good. We are all different and that is what makes our lives richer.

Simon moved up to Scotland to start Inclusion Glasgow and with other people there he tried to use what was then called ‘Individual Service Design’ to plan with people and ‘Individual Service Funds’ to pay for the services people needed. The organisation had some success in enabling people to have lives based on these ideas about a good life as part of the community. Simon then wrote Keys to Citizenship as a practical guide to help families and supporters in 2002. In 2006 a new chapter was added on self-directed support which Simon had been working on in England.

Although many people liked Keys to Citizenship it was not originally written in an easy read style. Also, Simon remembers that when it was written his Mum said to him: "It’s a nice book but there is not enough about sex in it!" and Wendy Perez reiterated this point when she and Simon started work on updating the book.

Over the last few years Simon has worked with Wendy and myself to further extend the Keys to cover ‘Love’ and put more detail into ‘Life’. Love was the most important missing element of a good life and it needed much more attention. Often we only talk about Citizenship when its about someone's public life - but Citizenship is also about a person’s private life where things like family, love and relationships are also important. 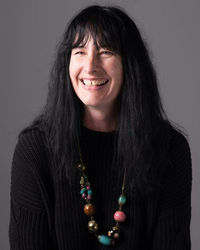 Citizenship for All: An Accessible Guide Simon Duffy and Wendy Perez have written this accessible guide to citizenship - what it means and how to achieve it.
Review: 05.08.09

Keys to Citizenship A guide to getting good support for people with learning disabilities.
Film: 14.11.14

Keith Achieves Citizenship Keith has been able to move away from institutional living and achieve real citizenship under his own control.